Over the past two centuries, technological innovations such as the UK’s rail network have changed lives. But imagine writing the business case for the internet in the late 1980s - “Well, it’s a sort of information pipe, which goes into every home, computer, and telephone, connects everyone up, and then lets them view funny videos of cats”. We could never have foreseen then how it is upending existing norms now. The internet is delivering economic and social value far beyond what can be quantified and analysed - even by today's established business case methodologies and economic models. This is a problem that also undermines the HS2 business case.

The appraisal methodology for HS2 does not take account of the benefits it will deliver beyond 2040. HS2 will operate for 120 years. No one would argue that the Victorian rail network we rely on so heavily today is no longer delivering benefit to UK plc. We need to look at HS2 in terms of the value it will deliver over its 120-year operational lifespan. That is not to diminish the essential role of rigorous economic appraisal, but its limits and deficiencies have to be recognised and understood as part of the debate on HS2 and decisions on other infrastructure investments.

The internet is not important because we can download cat videos more quickly. It is important because it has reduced transaction cost distances between people and business. While a very different medium to the internet, HS2 and the Northern Powerhouse Rail (NPR) are also being recognised as disruptive interventions. Indeed, the prime minister Boris Johnson claimed that a faster rail route between Leeds and Manchester would hold “colossal” benefits and "turbo-charge” the economy.

High-speed rail will give the plumbing of UK plc a shot in the arm. It is not about a modal shift, but ‘shrinking’ the UK. And reducing the productivity gap between north and south, so that it’s more normal, for example, for a service company based in Birmingham to have a client base in London, suppliers in Manchester and employees in Liverpool.

The challenge for all of us involved with the programme is how to help HS2 and the NPR overcome the current affordability gap and still deliver that transformative impact. As things stand, HS2 and the NPR remain at the centre of current political discussion, but are not committed. We need to acknowledge that trying to upgrade the existing network is problematic, disruptive and very costly, and accept that we need new lines. And, that it makes sense to build those new lines at a higher speed if we can – given the marginal cost if the engineering can be optimised. 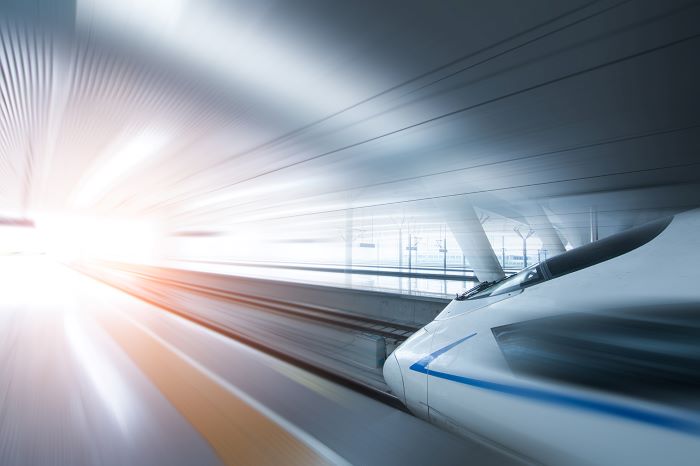 It is important that we have confidence in the transformative effect of rail. We know it can transform Britain. The growth of rail in the 19th century was not important because it reduced coal prices, but because those reduced prices and a more general increase in connectivity underpinned the industrial revolution. It would be disappointing if the railway industry was to lose confidence now, at the very time that the political debate may be at the ‘last hurdle.’ We shouldn’t be asking if we should continue, but how we might approach the programme differently.

We should be considering how we prioritise investment to where it will have the greatest economic impact - and that is a matter of phasing. Here we can learn from HS1, which was successfully delivered in two phases, thus benefiting from cost savings that left the shorter but more expensive section to be delivered later. Taking these phasing decisions with HS1 not only improved the affordability of the project, but also enabled our industry to learn from the first phase. And, between phases, passenger demand grew.

Combining HS2 phase 1 and HS2 phase 2a, along with modest changes to residual services, for example, could save the programme the need to build Handsacre junction in Staffordshire. If Handsacre is really needed, it could be built later.

Phasing construction, if done correctly and with the right political commitment, can enable the supply and construction industries to concentrate on reducing costs, because they do not need to massively upscale and downscale; they can learn lessons from year to year. A rolling programme of work on HS2 and the NPR will allow delivery teams, and the supply base, time to concentrate on efficiencies, above the priority to deliver a massive ‘one hit’ project on time.

Combining HS2 and NPR programmes can derive greater benefit from reduced unit rates and the phasing of construction. Because we will be building a combined line, the optimum first phases are not necessarily component elements of HS2 or NPR, but sections of line that cover both routes.

We need to look at HS2 and NPR as one phased programme that optimises economic benefits for UK plc and does not put each project in competition with the other. The government and HS2’s stakeholders acknowledge that a shrewd strategic approach makes sense, and conversations are underway - which is a good sign. We know high-speed rail is the future; this is our chance to make sure its delivery is accelerated so it can unleash its full economic potential as soon as possible.

Warwick Lowe is director of rail planning at Atkins.