RESURRECTING THE GOLDEN AGE OF INFRASTRUCTURE

The Preston bypass was opened 60 years ago this week and the anniversary is a useful time to reflect on a landmark achievement and some lessons for today, says Paul Fleetham.

It’s been 60 years since the opening of Britain’s first motorway, the Preston bypass. In the same year that Blue Peter first appeared on our screens, hundreds gathered on a cold morning on 5 December 1958 to celebrate this asphalt-clad symbol of progress, opened by prime minister Harold MacMillan. A souvenir booklet made to accompany the ceremony heralded the “beginning of a new era of motoring in Britain”.

This trailblazer would barely be recognised as a motorway by modern standards.  A test-bed for both technology and design, the eight-mile stretch had two lanes in each direction with soft shoulders and a broad central reservation complete with a hedge to reduce dazzle from headlights. It’s perhaps little wonder that drivers were initially cautious. While the road opened with no speed restrictions, the average recorded during its first month of operation was a modest 38mph.

However, this first motorway was designed not only to carry Britain’s increasing population of motorists, but also the nation’s hopes for economic development in the north. The Preston bypass would be the backbone in a new network of motorways linking the country and contributing to “the health of the community and to the national economy”.

While the opening ceremony’s pamphlet also declared that its design would avoid “the boredom experienced on foreign motor networks”, it was understood that the UK was already playing catch-up.  Germany’s first autobahn was completed more than 20 years before ground was broken on a rainy day in Preston in 1956.

Tarmac was the main contractor on the project, persisting through “almost incessant adverse weather conditions” to construct the motorway and 19 bridges. Then, as now, extreme weather impacted the programme schedule, leading to a five-month contract extension and the delay of the opening ceremony from a summer celebration to a winter day in December. 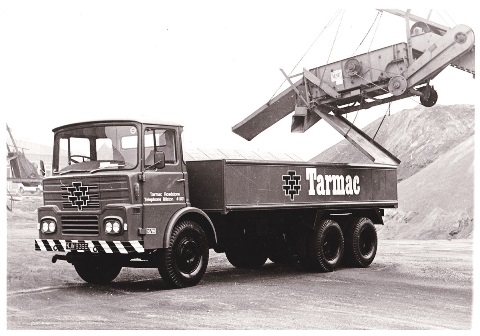 Nonetheless, the crowds still came, recognising the significance of the auspicious occasion.  It is this excitement and fanfare, rather than the use of hedges as a safety feature, which is perhaps most unrecognisable compared to modern major highways projects.

Chancellor Philip Hammond confirmed in his budget that £25bn will be spent by Highways England in its post-2020 investment strategy. While understandable and welcome that the £420m allocated to local road repairs grabbed post-budget headlines, we shouldn’t forget the significance of the major projects set to come online in the next few years and the value they can bring.

2020 is set to be an important year for infrastructure delivery across the UK. Major national projects such as HS2 and Hinkley Point C will be in full swing, while Highways England’s roads programme is expected to see a huge increase in activity levels. Expectation is not enough, however. To ensure that we can tackle the well-documented skills and workforce challenges facing the sector and plan for the physical resources needed, it’s crucial that the materials industry is given greater clarity about timescales so that we can prepare effectively.

With its £25bn purse, the government wants to progress projects it describes as “transformative” such as the A66 Trans-Pennine, the Oxford Cambridge Expressway, and the Lower Thames Crossing. These highly complex technical projects require careful planning, but it is the economic and social potential that should be the focus of the business case needed to justify their construction.

The Preston bypass was 20 years in the making, with planning halted by World War II. It’s important that there remains a focus to move these critical schemes from design to delivery with as little delay as possible. Uncertainty and a lack of “ready to go” projects could cause a blockage in the UK’s major infrastructure pipeline that will not be easily remedied.

Large-scale infrastructure projects will always, rightly be subject to scrutiny. However, it is crucial that the industry does more to emphasise the social and economic value of infrastructure assets, both at the planning stage and beyond.

The nation’s roads are its arteries, underpinning both everyday lives and the ambitions of UK plc. By keeping this at the centre of the conversation we can provide the compelling rationale and vital perspectives which will hopefully allow infrastructure planning to escape being mired in short-termism.

Paul Fleetham is managing director of contracting at Tarmac.

Find out more about hydrogen’s role in Scotland’s decarbonisation

Find out how Scotland can build a hydrogen economy at this ACE webinar.

ICE asks industry whether the UK’s infrastructure planning system is fit for challenges ahead.

Homes England is seeking strategic partners for 2021-26 to deliver affordable housing at scale.