A new National Infrastructure Commission for Wales (NICfW) has officially announced its members which will be tasked with supporting and advising on longer-term strategies for infrastructure investment in the country.

The forming of the commission is the latest effort undertaken by the Welsh Government to provide experts with a platform for recommendations to Welsh ministers on the economic and environmental infrastructure needs of Wales over five to thirty years.

Plans to set up the commission were announced last December by Welsh Assembly cabinet secretary for economy and transport, Ken Skates, who said they were looking for individuals “with experience of strategic leadership at senior levels of government, academia or business”.

The commission is comprised of 12 commissioners, including the chair, John Lloyd Jones, who was named as the preferred candidate in July to lead the group initially on an interim basis for a period of one year.

The first chair of the NICfW is described as an “experienced chair” having been chairman of the Countryside Council for Wales and a member of the Joint Nature Conservation Committee from March 2000 to February 2010.

Commenting on the members, economy and transport secretary Skates said: “The calibre of candidates who came forward for this role through the public appointments process was high and I want to thank all those who took the time to express their interest. I’m delighted to appoint a group of commissioners with such expertise and experience.”

ACE Cymru Wales met last week with the chair of the NICFW, as part of an industry delegation which included the Institution of Civil Engineers and the Civil Engineering Contractors Association. 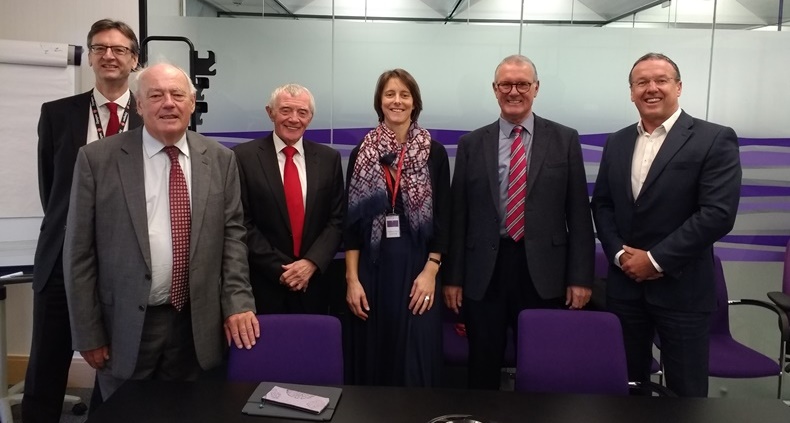 Speaking to Infrastructure Intelligence, Catherine Wenger, chair of ACE Cymru Wales, said: “Our meeting with John Lloyd Jones was a great opportunity to discuss having a single point of contact into the NICFW to help them realise their ambitions for the long term benefits of infrastructure in Wales. We look forward to meeting the new members of the commission and to engaging with them further.”

Lloyd Jones also said it was a “privilege” to lead the group of commissioners ahead of the first meeting held yesterday (1 November). He added: “Our first meeting will be an opportunity to introduce ourselves to each other. After this, we look forward to making a substantial contribution to Wales’ long-term infrastructure development.”

The meeting on 1 November provided an opportunity for commissioners to begin to shape the vision and mission for NICFW. The early work of the commission will include building up an assessment of existing infrastructure and developing a work programme.

Richard Feasey
Lecturer and consultant since 2013. Telecoms sector. He previously was director of Group Public Policy at Vodafone Group PLC between March 2001 and July 2013.