The enduring challenges around obtaining professional indemnity (PI) insurance against a background of increasing pressures on the availability of cover driven by fire safety risks were discussed at an ACE member-only webinar held on 31 March 2022.

“The issue of fire safety and its effects on PI cover can no longer be ignored,” said Craig Roberts, professional risks director at Griffiths & Armour, speaking at the webinar. Highlighting that insurers had grown increasingly nervous about the use of ACM cladding on buildings, Roberts made the point that restrictions on cover were already prevalent across the market.

Exclusions on cover were now common on many fire safety issues and the focus of insurers on the inside and not just the outside of buildings meant that engineers would now be affected by these exclusions and restrictions. “It’s very worthwhile to have a call with your broker to check what the position is with respect to your policy position,” said Roberts.

Alastair Blundell, head of general insurance at the British Insurance Brokers Association, said that there was no appetite in the commercial insurance market to fix the fire safety challenge and therefore the government needed to act. ‘There are a lot of buildings that can’t get fixed and the actual cost of insuring these buildings while they are waiting to be fixed have risen exponentially,” Blundell said.

Consultancy firms needed to consider their approach on the fire safety issue, said Roberts. “First, look at the PI insurance clause in your contract and make sure that it has sufficient scope to flex given changes in the market,” he said. “Secondly, you need to consider informing your clients about the nature of the fire safety cover that you can provide and third, you need to try to limit your liability around fire safety matters to the extent that you have PI insurance – so no cover, means no liability,” Roberts said.

The webinar, chaired by Michael Brown of Geo Environmental Services, took place against the backdrop of a PI insurance market under intense pressure, leaving many businesses working in construction unable to secure appropriate cover. Attendees heard that the situation had not only jeopardised the ability of firms to undertake the vital remediation work required on dangerous buildings, but it has also affected fire-related claims on other projects too. 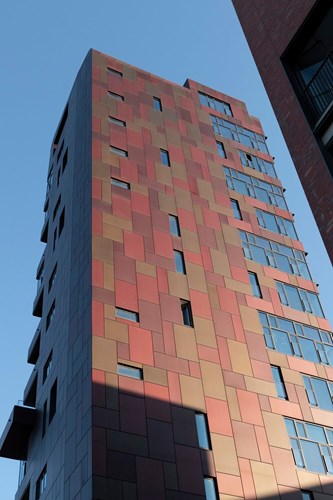 Alastair Blundell said that there were some positive signs from government that they were taking the problem seriously, but more needed to be done. “There are real difficulties in finding PI insurance and it’s getting harder by the day. The government should consider holding professionals ‘harmless’ for fire safety issues, similar to what happens in relation to the nuclear sector. We have put this idea to government and we believe that they really understand that something needs to be done,” he said.

Craig Roberts said that the removal of dangerous cladding was only part of the problem and there were also issues with the interior of buildings and the other fire safety measures in place. Blundell highlighted the need to look again at the way that risk and reward was dealt with in the construction sector. There was a role for government in this area in ensuring that risk was not unfairly channelled down the supply chain. “Also, maybe as an industry we need to get behind more some of the initiatives seeking to improve standards and the way that projects are procured,” he said.

The issue of project insurance was raised during the webinar discussion as one possible solution to encourage more collaboration and a joined-up approach. “The problem is that the insurance market does not like project insurance,” said Roberts, who believed that it wasn’t a viable proposition at this point in time because it’s too new and too novel.

Speakers also considered the effects of the building safety bill and the fact that the secretary of state had “turned his guns on developers”. There was a feeling that this move could lead to more claims going forward and an increase in litigation at a time when the key priority was to fix the problem of unsafe buildings. “The government’s measures are well-intended but they could lead to more PI challenges in the future,” said Alastair Blundell.

Members of the Association for Consultancy and Engineering and the Environmental Industries Commission present at the webinar gained a comprehensive overview of the effect of fire safety challenges on their efforts to purchase PI insurance and there was much food for thought for all those negotiating professional services contracts.

A key takeaway was that professional services firms needed to speak to their legal and insurance advisors without delay to ensure that they understood their liability exposure and the extent of their cover. In addition, given the seriousness and complexity of the enduring challenges in the market, it was clear that the government needed to act and to intervene, especially in the context of delivering its much-vaunted levelling up agenda.