In honour of Victorian engineer Sir Joseph Bazalgette and to mark 200 years since his birth, the first new open space is set to be opened along the River Thames as part of work to create London’s new super sewer.

The proposed ‘Bazalgette Embankment’ space which is due to open by 2024 is being created in the river near Blackfriars Bridge and will be one of seven new embankments proposed for the capital.

Sir Joseph Bazalgette is the Victorian engineer most famous for his work on the sewer network in the 1860s, which transformed the public health of London and remains the system we rely on today – despite the huge surge in population growth.

To mark the construction of the 25km Thames Tideway Tunnel, the seven new landscaped areas will feature at Chelsea, Albert, Victoria and Putney Embankments, as well as at Blackfriars Bridge, King Edward Memorial Park and Heathwall Pumping Station.

This is the first time, since the Victoria and Albert Embankments were built in Victorian times, that new areas of land on the River Thames have been created, offering additional open space in central London for all to enjoy. 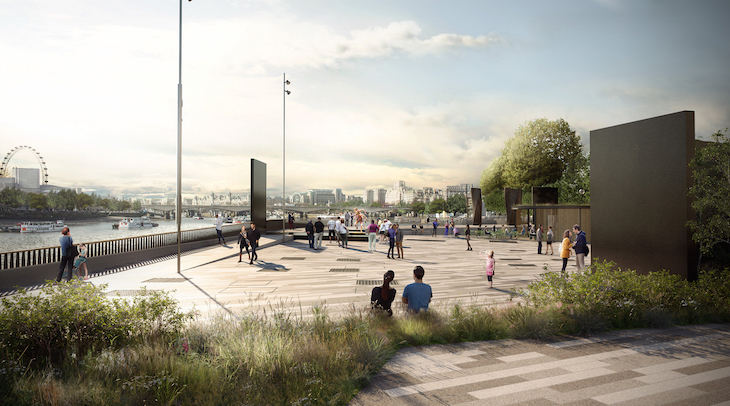 The shape of the embankment near Blackfriars is already mapped out in the Thames with steel girders, which will make way for a permanent structure in the coming years.

The name of ‘Bazalgette Embankment’ is subject to approval by the City of London, but the land will offer 1.5 acres of accessible space, with new opportunities for cafes and shops, art installations, and a landscaped area for leisure and recreational use.

Sir Peter Bazlagette, the engineer’s great-great-grandson, has welcomed the news of the application to name the land. “In my ancestor’s day, he too built iconic new embankments which helped shape our famous capital city,” he said. “It would be an honour to see his name getting the credit it deserves as his system is expanded to cope with modern-day London.”

Tideway has also already revealed that Londoners will get a first of its kind opportunity to dip their toe in the much cleaner water at Victoria and Chelsea Embankments and at King Edward Memorial Park with the sites becoming ‘floodable’ at high tides.