Peru’s post-El Nino reconstruction has highlighted some interesting lessons about how to promote and support the participation of British companies in large-scale global infrastructure projects, says Tom Cargill.

In June 2020, the governments of the UK and Peru signed a government-to-government (G2G) agreement with a UK consortium of Gleeds, Mace and Arup supporting the reconstruction of some of the country’s public services facilities which were damaged in 2017 by El Nino.

The agreement is an important milestone for the UK, representing the first G2G agreement in which the government directly supports a consortium with a foreign counterpart. However, it is also just the latest step in an evolution of thinking going on in the UK about the role of government and industry in promoting and supporting the participation of British companies in large-scale infrastructure projects globally.

This discussion has not been without its challenges, but in itself represents an important development for the health of the industry post-Covid and post-Brexit, bringing together a widening range of companies, trade bodies and other stakeholders to better understand how to kickstart infrastructure related exports, and global projects over coming months and years.

The story of the Peru G2G win is itself a lesson in the value of combining strategic patience and a long-term relationship approach to doing business with an eye for opportunity. In 2015, British Expertise International (BEI) led a small delegation to Peru to scope the infrastructure opportunities that UK business could chase  – this first step introduced the concept of UK as a partner for the thinking around infrastructure developments, especially in healthcare and major sporting events.

BEI followed up by hosting meetings of the British and Peruvian embassies to discuss the opportunities for our members to secure business from the 2019 Pan American Games in Lima. This culminated in a mission to meet the Local Organising Commission in October 2016 with 15 companies led by Philip Johnson, who led the design of the 2012 London Olympic Stadium. The dialogue continued through to April 2017, when minister Greg Hands signed a contract for the UK to be the delivery partner for the 2019 Pan American Games in Lima, which at that time were seriously behind schedule.

It was the successful delivery of this project, led by Mace, Arup and 4 Global, which built the goodwill and credibility through G2G which led to wider discussions on using a G2G mechanism to support the reconstruction of infrastructure damaged by extreme weather associated with El Nino in 2017. This £1.6bn project was awarded to the UK (comprising HMG and a UK consortium consisting of Mace, Gleeds and Arup) after intense competition that saw off rival bids from the US, France and Canada. Commenting on the deal, prime minister Boris Johnson said: “The bringing together of British expertise, experience, and excellence with President Vizcarra's visionary plan won't just repair the damage done three and a half years ago, it will also help set Peru, its economy, and people on course for a more resilient, prosperous, and inclusive future”. 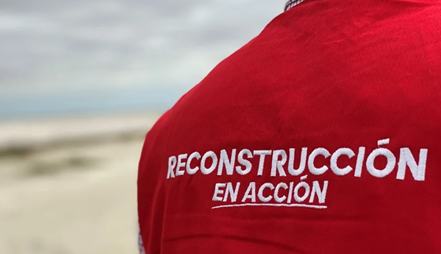 Too often UK successes such as this can be forgotten once achieved, but fortunately this time the process and lessons learnt so far have been shared widely around the UK government network, attracting interest from British embassies in a number of other countries. The win takes place at a propitious time as a number of parts of the UK government have been examining different aspects of how G2G activity at different levels might be leveraged in support of UK trade and investment.

In particular, Infrastructure Exports: UK, the Department for International Trade/industry body promoting a ‘team UK’ approach to securing large-scale infrastructure opportunities globally, has been gathering and coordinating efforts to understand where and how lessons from Peru might be applied. Other aspects have fed into the ongoing UK integrated review of security, defence, development and foreign policy, to be published later in November.

It is clear there is no ‘one size fits all’ model for G2G agreements in support of UK exports and equally recognised that for the majority of export activity government’s best role is to get out of the way to allow businesses to get on with what they do best.

Support, when required and appropriate, can take different forms, from simply commercial trade support, through the provision of high-level MOUs all the way to direct arrangements and, at the far end of the spectrum, formal legal vehicles. Finding the right level and form of support is not straightforward, but it is increasingly clear that, particularly when it comes to infrastructure, the UK’s competitors and customers are increasingly utilising G2G elements as part of tendering and procurement.

UK exporters regularly complain that French, German, American, Canadian and other commercial competitors, including of course China, are far more effectively integrated within a national ‘offer’ which includes coordinated and strategic engagement and political, commercial and other ‘soft power’ approaches to countries where a tender is in play. A national stake in large-scale global infrastructure projects is important for the health of exports and industry, but it is also increasingly recognised as important to continued influence within global standards, regulations, data, commercial law and whole host of other issues.

The UK experience in Peru, where a number of these alternatives were beaten by a UK offer, whilst staying true to British values and principles of openness and transparency, demonstrates that when we are organised the UK can win. The challenge in the post-Covid, post-Brexit age of growing multipolar competition we are entering, is whether the UK  - both government and industry - can be ambitious enough to build on the lessons so far to win more and bigger.

Our future prosperity, and the health of our infrastructure sector and the skills it supports, may depend upon it, but so will our future influence, and even security. The UK-Peru deal was an important win, but what we do with it next may be far more important still.

Tom Cargill is the CEO of British Expertise International.