HS2 WOULD BE THE CATALYST FOR NORTHERN TRANSPORT INVESTMENT, BURNHAM SAYS

The mayor of Greater Manchester has insisted that bringing HS2 to the north is vital for the role it would play in pushing its regional transport needs to the front of the queue.

Andy Burnham’s remarks come as the new HS2 chair Allan Cook visited Manchester for the first time in the role, as both men underlined the benefits of HS2 and Northern Powerhouse Rail.

They agreed that only by linking both transport schemes would Greater Manchester reap the awards of at least 40,000 new jobs and 13,000 new homes to the local economy.

HS2 is scheduled to reach Manchester by 2026, with full operations earmarked for 2033. As part of plans Manchester’s Piccadilly station would be completely rebuilt. Passengers could eventually see a new HS2 terminus on top of a new Metrolink stop, together with a new boulevard connecting three public places, a park, separate bus terminus and taxi ranks.

Designs released by Manchester City Council focus on the idea of it being “One Station”, meaning that HS2 and Northern Powerhouse Rail will be fully integrated into the existing station area.

Both Burnham and Cook believe HS2 is key to unlocking the Northern Powerhouse Rail network and will provide the foundation on which NPR ambitions can be realised.

Northern Powerhouse Rail is the proposed railway upgrade programme that will link towns and cities across the north, delivering radical changes and much improved services and journey times. 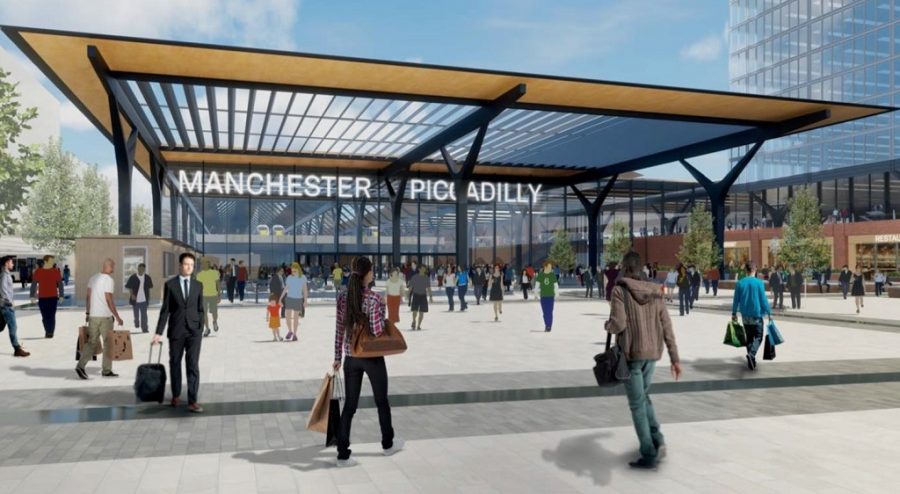 Commenting on the link between HS2 and NPR, the mayor of Greater Manchester, said: “The north has huge economic potential but we have been held back because our transport infrastructure is simply not good enough, with a lack of capacity to support fast and frequent connections for routes serving our towns and cities. The north needs to come to the front of the queue for transport investment and HS2 would be the catalyst for making that happen over the coming decades.”

Cook, chair of high-speed rail network, added: “HS2 creates the foundations for Northern Powerhouse Rail to spread prosperity across the whole of the North. Together they will make it easier for people to move between towns and cities across the North and the Midlands. So, it’s not a question of either or, we need both. Having Northern Powerhouse Rail without HS2 is like having the M62 without the M6 and the M1.”

The key corridors that are dependent on infrastructure delivered by HS2 in order for NPR to operate: