HS2: CAN IT STAY ON TRACK OR WILL IT BE DERAILED?

It’s been a project which has invariably divided the nation, described as a “vital engine for growth” by one side and a “white elephant of massive proportions” by the other but under a cloud of escalating costs, does HS2 still boast the same social and economic case it did when it got the green light more than six years ago?

It was January 2012 when the government ended months of speculation and approved a new £32.7bn high-speed rail network for the UK. After receiving around 55,000 responses on a public consultation for the rail line, the Department for Transport (DfT) revealed that Phase One of the network, between London and Birmingham, would go ahead.

Described as “working like a motorway”, business leaders took it in turns to come out in favour of the project which was seen as a mechanism to end the north-south divide as well as creating thousands of jobs up and down the country for years to come.

But 10 years since plans were first proposed in 2009, a piece of track is still yet to be laid. In that time, official projected costs have nearly doubled to £56bn due to inflation, outdated price models and the increase to tunnelling required on the route.

It was not until February 2017 that the first phase was given Royal Assent by the Queen, paving the way for construction to begin. While legislation needed for Phase 2b, extending the railway to Manchester and Leeds, has been delayed.

Recently, the former chair of HS2, Sir Terry Morgan, has said “something will have to give” on the triangle of time, cost and scope of the proposed high-speed rail network. While current chief executive Mark Thurston conceded that the final cost could not be established until all the contractors had been appointed. 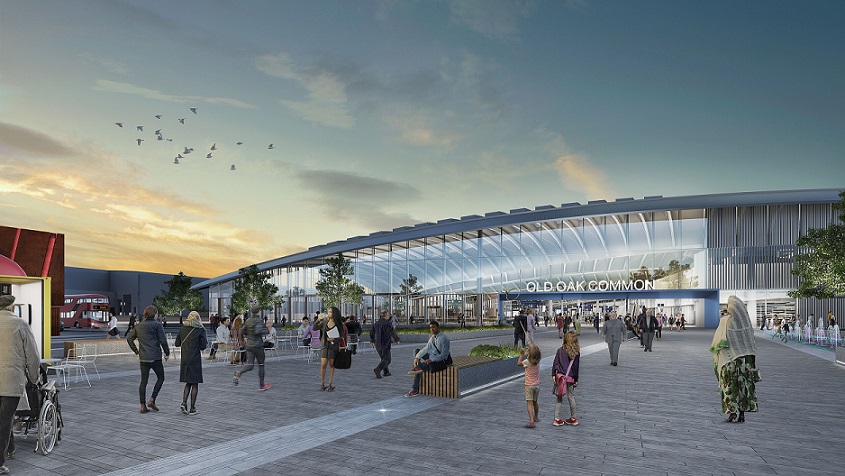 The concessions have only added fuel to the fire and allowed for more sceptics to have their say in recent months. The former chancellor, Lord Darling, who actually signed off Crossrail during his time in government, has said he believes smaller projects along the line would have been better.

“HS2 was not the product of investigation into what was needed,” he added. “It was just decided it should happen and justified afterwards. This thing is never going to get to the north of England in any of our lifetimes.”

But the DfT has reiterated how there will be no U-turn on the project despite mounting concerning reports. The transport secretary Chris Grayling has insisted how not completing HS2 would be a betrayal of the Midlands and the north and failure to deliver beyond Birmingham would be a “dereliction of our duties”.

While the new chair of HS2 Allan Cook, who took over from the ousted Morgan, has reiterated the need for HS2, in the fact that it will “fundamentally change the way we live and travel”.

Cook said: “We must remember two important factors - one the scale of the prize, the chance to transform our economy as a whole, and secondly we need the full co-operation of all our stakeholders to make this programme as successful as possible. HS2 is not an end in itself, it is an enabler.”

Political disputes have only added to the delays with several cabinet members today still believed to be at odds with the rail link and wanting Theresa May to order a full review due to spiralling costs.

But the opposition has never officially wavered from its long-term support for HS2. Labour’s 2017 general election manifesto pledged that the party was in favour of completing HS2 from London through Birmingham to Leeds and Manchester and then into Scotland, consulting with communities affected about the optimal route.

Labour’s shadow transport secretary Andy McDonald has responded to recent negative stories by claiming “this sort of talk is dangerous”, while stating HS2 is critical in delivering needed capacity for Britain. But he insists its construction should not be at the loss of much-needed local upgrades.

"It's essential that the phases of HS2 align with the much-needed upgrades to railways in the Midlands and the development of Northern Powerhouse Rail."
Andy McDonald, shadow transport secretary.

“Like Northern Powerhouse Rail, HS2 will deliver an economic transformation with tens of thousands of apprenticeships and jobs across the construction industry and the wider rail supply chain,” McDonald said. “It’s essential that the phases of HS2 align with the much-needed upgrades to railways in the Midlands and the development of Northern Powerhouse Rail. In terms of investment in high speed rail versus the existing network, I say: it’s not a question of either-or. It is both. Having said that, there will be no blank cheque from Labour.”

With pre-construction work for stations already underway in Birmingham, businesses have begun to bank on the 7,000 jobs which are set to be supported by the programme. The Midlands is due to see construction of two new stations with one centrally at Curzon Street, and the other acting as an “interchange station” near Birmingham International Airport, outside Solihull.

Maria Machancoses, director of sub-national transport body Midlands Connect, believes success will only be achieved if regions in the Midlands and the north collaborate.

“HS2 is the defining infrastructure project of a generation,” the Midlands Connect director said. “It’s the most tangible opportunity we’ve had for decades to rebalance our national economy. Realising the full potential of HS2 hinges on a single, simple message – one that must continue to be shared. The project is so much more than just a railway line, it’s a catalyst for growth, regeneration and inward investment.”

However, with the high-speed network estimated to pass through as many as 70 constituencies in the UK, building the line has not been without controversy and opposition from backbench MPs or campaign groups.

The most prominent of these groups is Stop HS2, with those involved saying the group was formed after several months of studying the HS2 proposals in depth. Over 108,000 people signed its original petition which arrived at 10 Downing Street in October 2011.

Campaigners say that HS2 is like “building a Waitrose on rails, whilst commuters queue in Aldi”. Stop HS2’s chair Penny Gaines, believes the network is being “kept on life-support” within the DfT and the government should cut its losses now.

"When it comes to the money already spent on HS2, yes, the government has spent a lot so far.  But this is tiny fraction to the amount that HS2 will cost to build.  If HS2 keeps to budget, which is unlikely, it will cost another £50bn just to build it, and then there are ongoing subsidies that will be needed to run HS2. We know that cabinet ministers think it should be scrapped, and there are loads of former ministers who are vocal in opposing HS2.  It seems the only thing keeping it going is Chris Grayling, but meanwhile the rest of the rail system is getting worse and worse."