Transport improvements for Leeds Bradford Airport have been unveiled as Leeds City Council launch a public consultation for the people of Yorkshire to have their say on.

As part of the plans, three options to better road links to the airport have been published along with a parkway railway station on the Leeds to Harrogate line.

Located on the Bradford and Leeds boundary, the airport is the primary airport for Yorkshire and is one of the UK’s fastest growing airports with staff having to cater for over four million passengers last year - an increase of nearly 13% in just 12 months.

With the Department for Transport (DfT) estimating this may increase to 7.1 million by 2030 and to approximately nine million passengers a year by 2050, the council is keen to reduce congestion for people travelling there.

The parkway element of the proposals would see a new station built on the existing Leeds to Harrogate line, with a short connecting spur road to give access the airport. The station would be connected to a 350-space car park and a bus interchange.

Options for road improvements include two proposed routes for a bypass created from the A65. The first option running along the eastern side of the airport before joining the A658 is the most expensive. 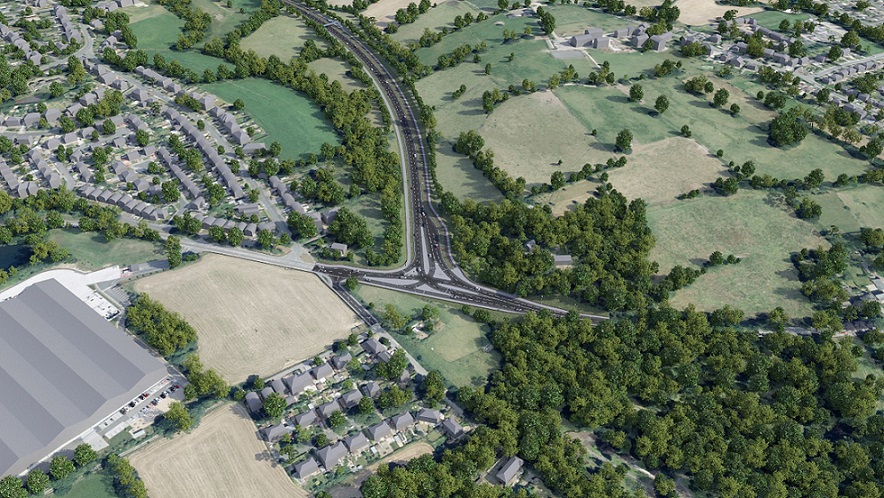 How a new road running from the A65 could look like if given the go ahead.

Tourism is an important sector for the region, estimated to be worth £7bn to the Yorkshire economy and had an economic impact of £1.75bn annually for Leeds in 2017. There is potential to expand the airport’s route network to open up new international connections, supporting international trade, tourism, and doubling the number of supported jobs to over 10,000 by 2030.

Leader of Leeds City Council Judith Blake said: “Leeds Bradford Airport is a key element of our local and regional economy, and these plans to improve road and rail access together with local network upgrades will bring significant benefits as well as helping the airport to grow along with supporting the new jobs we expect to see in the area in the years to come. I would encourage as many people as possible to take part in this public consultation.”

The release of the latest details form part of a phase of public consultation which runs until Friday 12 April.