Engineering consultants behind a proposed £10bn rail scheme connecting Gatwick and Heathrow airports has slammed the Department for Transport (DfT) for its “short-sightedness” after rejecting the plan without providing a chance to the firm to submit any evidence.

Expedition Engineering, based in central London, first pitched pitched the idea for “an M25 for high-speed trains” dubbed HS4Air in March, which aimed to connect the existing HS1 rail line to the planned HS2 rail line while providing fast and direct rail access from major cities north and west of London including Birmingham, Manchester and Cardiff.

Expedition director Alistair Lenczner, who has led the development of HS4Air, believed the proposed network would provide better value for investments currently being made in the UK. He has criticised the DfT for the “premature” decision, insisting that those in charge have “failed to even recognise potential benefits”.

Speaking to Infrastructure Intelligence, he said: “We are not happy about it and even less happy about the process and the reasoning given. The letter we have received talks about rejecting the proposal because it’s too complex and is likely to face opposition because the route goes through green belt land but on that basis then we would never build anything. We are seeking to find out what assessments they have carried out to reach the decision even though we have not even reached the point of submitting evidence.” 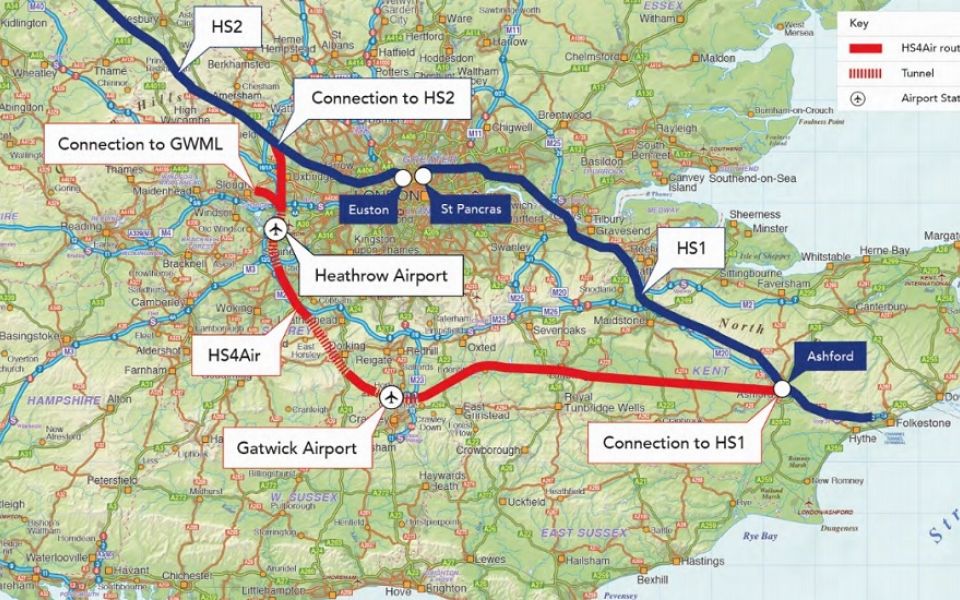 Lenczner claims the submitted proposal had not reached the determined stage which would be where the firm provided facts and figures on funding formulas and how to mitigate green belt problems.

The director has accused transport decision makers of “looking through the telescope from the wrong end” and sending a negative message to private sector investors who may be interested in developing ideas in the future.

His comments follow an announcement made earlier in the year by transport secretary Chris Grayling who revealed the government was seeking third party involvement for proposals for a new southern rail link to Heathrow.

“The government should be encouraging private sector involvement, rather than pouring cold water on proposals so early on,” Lenczner said. “This sends out such a negative message to those thinking of getting involved as the DfT has failed to even look at the benefits HS4Air could bring. For them to say it does not provide an opportunity is just not credible.”

Consultants when unveiling the plan said the 140km long network would run between its connections with HS1 at Ashford and its proposed connection with HS2 near Denham. Furthermore, approximately 20% of HS4Air would run in tunnels to avoid adversely impacting on environmentally sensitive areas such as the Surrey Hills.

Despite the initial knockback, Lenczner says the company do not intend to give up and will be contacting DfT for more information.