The environment and an increased focus on social and community infrastructure were key topics for debate in the second Infrastructure Intelligence ‘Coming Out of Covid’ webinar on Friday 5 June, reports Rob O’Connor.

The webinar, “The role of infrastructure investment in kick-starting the economy” which was also part of the Real Estate Live UK series of events, saw around 200 industry professionals from across the globe hear a range of leading industry figures offer their expert and insightful analysis on the role of infrastructure investment in kickstarting the economy.

As the UK emerges from the coronavirus crisis and seeks to recover, it is clear that infrastructure investment will have a key role to play in getting the economy back on track and helping the nation get back to work.

He also described a shift towards an increased focus on social and community infrastructure over recent months, with people also wanting to avoid a new wave of austerity. Crucially, said Marshall, polls show that people were willing to pay higher taxes to help pay for the NHS and environmental initiatives.

Digital infrastructure and superfast broadband had also become an increasingly important feature of public opinion during lockdown. Looking ahead, he said any infrastructure revolution would not be just about spending, but that green issues needed to be at the heart of any new strategy – with the industry needing to continue making its case to compete effectively in what is likely to be a fiercely competitive post-Covid spending review.

Sayeh Ghanbari of global consultancy EY said that investment would be a major stimulus to the recovery, but the longer and deeper the hit to the economy, the more government support would be required. She highlighted five things she would prioritise if she was suddenly to become ‘minister for Infrastructure,’ with an emphasis on targeted investment rather than a broad-brush approach.

Regional development was important in levelling-up the economy, she said, with regional policies needing to be followed up by action and delivery at a local level. Better governance was also vital, she said, citing the examples of the NHS Nightingale Hospitals of what can be achieved when needed.

Developing and using new technology was also a high priority in improving productivity and delivery, as was investing in new skills and making the industry more attractive to a more diverse range of people. Finally, and most importantly, highlighting that lockdown had shown us that society can live differently and that net-zero can be achieved, Ghanbari stressed the vital importance of a green stimulus programme – creating greener cities, investing in active transport and building the infrastructure for a better world. 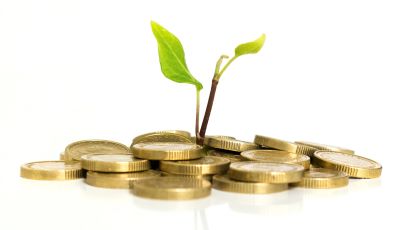 Chris Clarke, of public sector procurement specialists the Scape Group, said the Construction Leadership Council’s industry recovery plan was vitally important and praised the “extraordinary” industry collaboration in the fight against Covid-19, a collaboration that must be continued.

He highlighted fair payment, environmental and social value, risk management and cutting through unnecessary red tape as four major steps on the road to recovery. Making sure that contractors paid their suppliers as quickly as possible was also a vital way of achieving social value – “getting money into the hands of people who will spend it locally, making every pound we spend on infrastructure work as hard as possible,” he said.

Competitive tenders with hundreds of bidders driving down prices to unsustainable levels was also not part of the answer, he said, instead arguing that best value rather than best price should be the way forward. “Openness, transparency and collaboration will help see us through,” said Clarke. “Lots of contractors are ready and waiting to go, so let’s get on with it,” he said.

Ben Lewis of Barton Willmore stressed that infrastructure has a crucial role in both the recovery and the green agenda, and that the two couldn’t be separated. Pointing out that the economy runs on investor confidence, he said that government support would be vital to provide certainty for those investors.

Marie-Claude Hemming of CECA highlighted the positive work of the Construction Industry Coronavirus Taskforce as a focal point for co-ordinating the industry response to Covid-19. Looking ahead, she flagged up the CLC’s recently published industry recovery plan as an opportunity for the industry to do things differently.

Key issues, she said, included, ensuring a future pipeline of work to give the industry confidence, working safely on site, ensuring prompt payments for the supply chain, and attracting, developing and retaining the skills of both the current and future workforce.

Andy Walker, Infrastructure Intelligence editor, said: “Infrastructure investment is clearly going to play a key role in any credible future economic recovery plan, both nationally and globally. So it was great to hear Ben Marshall from Ipsos MORI say that infrastructure was pushing at an open door as far as public opinion was concerned.

“It is also clear that net zero and social infrastructure is going to be a permanent fixture on the public agenda and, although the challenges posed by the pandemic are there for all to see, it also means an opportunity for the industry to change the way it works and deliver infrastructure that works well for generations to come.”

The next free webinar, “Guarding against the next time - making the industry resilient”, takes place on Friday 12 June at 11am. Click here for more details and a booking link.