A LOOK AT THE TECHNOLOGY ALLOWING ENGINEERS TO "BEND NATURE"

Designing bridges, airports and sporting stadia is no longer how we once knew it. The dizzying speed at which technology has moved on is allowing those involved to interact with the physical world like never before and deliver projects in unprecedented timescales.

This is no better demonstrated than with the design and construction of a brand new 50,000-seater stadium in Cameroon for the Africa Cup of Nations this year. Despite only starting work little more than two years ago, the state-of-the art ground is not far from completion.

AECOM, which is responsible for delivering a range of engineering services including structural, building services and fire engineering, as well as architectural, masterplanning and design management expertise, has lauded the impact of immersive technology in terms of allowing teams to show ideas to a client, improving collaboration and aiding quality control by reducing mistakes.

The firm was given an intimidating checklist to deliver on with a key challenge of the design to find a way of accommodating both football and athletics, without resorting to expensive, high maintenance solutions.

But the advent and implementation of Virtual Reality (VR) technology has changed the game when it comes to planning and design. By popping on a set of goggles and connecting to 3D models, clients, architects, and even end users are being able to interact with the physical world thousands of miles away in the digital realm. 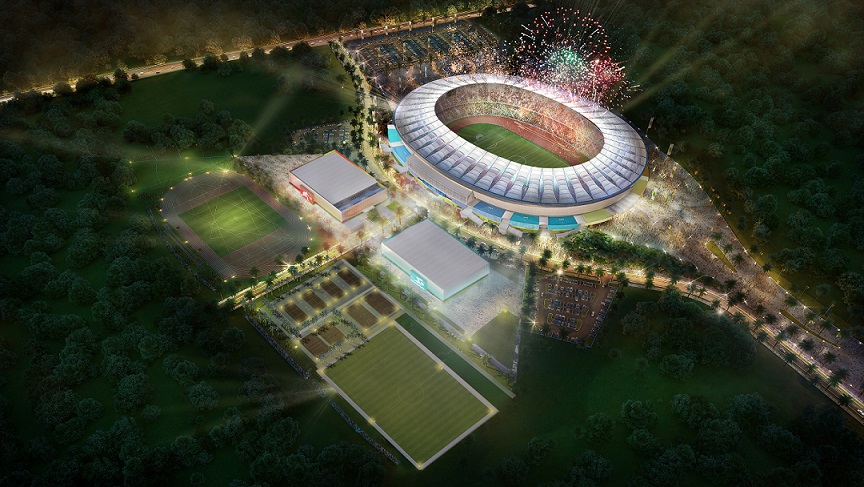 Stakeholders who need the construction of the Japoma Sports Complex in Douala in Cameroon to succeed are able to see for themselves the very finer details of the development and check that everything is coming together before a brick is laid. Peter Ayres, director of buildings and places at AECOM, explains how the technology is delivering two-fold benefits.

“To try and analyse construction drawings with 2D models is almost impossible but if you can put the VR goggles on then you can literally walk inside it and make sure everything is coming sweetly together and that things don’t misalign,” he said. “We simply could have not taken on these projects without these tools now available to us. It’s a production tool without which we could not do our job. Projects like this could not have been designed a generation ago.”

Commissioned by the Cameroon government, once complete, the stadium will be covered with a semi translucent material on the roof and seats will be foldable. It will have facilities like restaurants, a media room, a public announcement system as well as telecommunication system and will be surrounded by a concrete fence with metallic gates.

Carlos Lopes is AECOM’s visualisation manager and an expert in the VR field. He says projects of the past would not have uncovered mistakes and problems in design at such early stages as now.

"What we can do now with the technology we possess is bend nature. It is allowing us to push the boundaries and create geometries that we would not have been able to a generation ago."
Peter Ayres, director of buildings and places, AECOM.

“You are replicating the physical world in the safety of a digital environment,” said Lopes. “Imagine there was a mistake on this project and you didn’t check it on VR, you would have to wait for the builders to actually build before realising there was a mistake which would result in them having to demolish a structure and start again,” he explained.

“Once you create a model, you can zoom into any level of detail you like and examine every attribute, so it becomes that huge database of information that can be used to test all these different ideas,” Lopes added.

Possibly the most impressive aspect of the project in Cameroon is the savings in time that have been delivered for the country. Managing to design and build in just two years is described as “exceptional” by AECOM’s building director. This is something which Ayres believes could not have done without using the technology both in terms of speeding up the design process and sharing the ideas with stakeholders across multiple countries.

“To deliver a design and construct a stadium in under two years is almost unprecedented,” he said. “It’s not just because of this but it’s been a major factor. Usually the process would take at least three years, so I would say we have done stadium from concept to delivery in probably a year less than normal,” said Ayres. 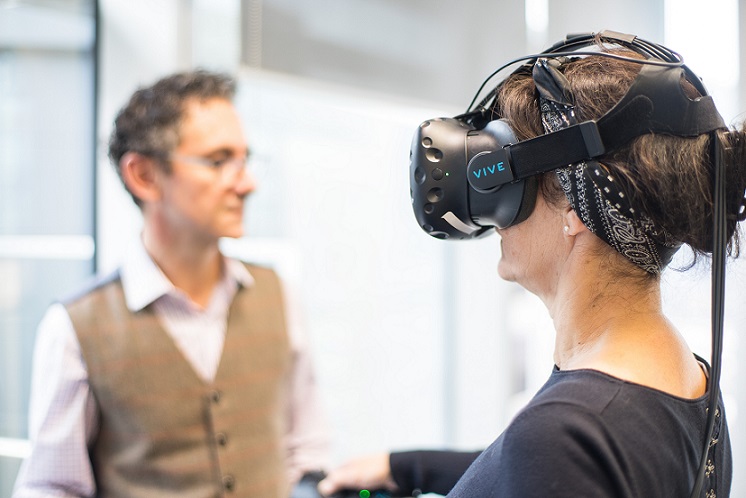 But the technology is also providing a revolution in fan experience for sporting events. Gone are the days of supporters of teams leaning round pillars to see the action or having their views obstructed by other fans.

“When you are designing a bowl-shaped stadium, it’s vital you check the sight lines are correct and that people in all sections get a clear view of the pitch without obstruction,” Lopes says. “Up until very recently, the only way we could understand those sight lines were via sections of the bowl through 2D drawings but now an architect can sit in any seat of the stadium and identify any restricted view.”

Ayres believes that these are exciting times for engineers and architects as now those who are in charge of making important infrastructure projects a reality have the tools to do things that have never been possible before.

“If you look at what I call organic architecture and go back to the days of architects like Luigi Nervi, what they were doing was creating blobby architecture by mimicking nature,” the director explained.

“Nature has determined that certain shapes work efficiently so they would use catenary, domes and natural shapes but what we can do now with the technology we possess is bend nature, we can create shapes that are not natural, organic shapes. It is allowing us to push the boundaries and create geometries that we would not have been able to a generation ago.”