The government’s good intentions on speeding up infrastructure delivery and delivering millions of new homes are being jeopardised by an uncoordinated approach to planning which needs to be addressed, reports Andy Walker.

When Infrastructure Intelligence held a webinar on planning reform earlier this month, Andrew Howard, managing director of built environment communications specialists BECG, struck a chord with his comments on the need for a more joined-up approach from the government. When I spoke to him this week, Howard said that, with growing public support for infrastructure development, it was crucial that ministers capitalised on that to build momentum for good development, while warning against a disjointed approach from Whitehall.

“In planning there are a number of policy strands which need to be coordinated and interwoven, but what appears to be happening is that we are seeing silos of initiatives, that are just not joined up.” said Howard. “For example, the government have made welcome changes around use-classes and permitted development – particularly important post-Covid. They have also proposed to change the standard methodology for assessing housing targets with a new algorithm, and then on top of this we have the radical ideas in the planning white paper.

“In addition, a team is drafting another white paper on local government structural reform and devolution and we have the Planning Inspectorate’s work on Project Speed and infrastructure and delivery through the NSIP process. This is all important stuff, but if it is not more coordinated there is a danger that all this activity and change will overload the system and actually damage delivery,” Howard says.

According to Howard, whilst he welcomes the government’s overriding objective to deregulate and create a more efficient delivery-focused planning system, he believes the government’s approach is creating more problems for themselves. “On devolution and local government reorganisation, they immediately got into trouble with some of their supporters in local government and the much-awaited white paper which was expected this autumn now looks like it’s been pushed back to the spring,” he said.

“There is some very good stuff in the planning white paper but there’s also some strange gaps - social value not being mentioned, the green belt and the regional dimension not being addressed, and very little on committee decision-making structures to name but a few. So that’s problematic. The housing targets algorithm has basically crashed and burned on take-off, as Conservative councillors across the country recoiled from the implications for housing numbers. So that’s being looked at afresh.” said Howard. 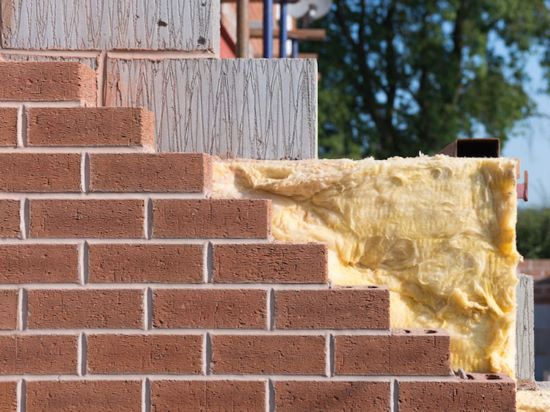 Howard also worries that the government has very limited bandwidth to deal with these issues because of Brexit and Covid. “I have no problem with most of the government’s intentions – they do want to improve planning and speed up delivery – it is just that the overall approach needs to be more thought-through,” he says.  He’s concerned that their good intentions around deregulation, speeding up planning, investing in infrastructure, building more homes and levelling up the regions, will flounder as a result. So, I ask him, “what’s the solution to the lack of a joined-up approach?”

“Well, there has been 44,000 responses to the planning white paper, so I think the government needs to take stock, really digest this feedback, look at how all of these policy strands fit together and come back in the spring with something much more joined up.” Howard advises.

Howard sees one of the biggest challenges as bringing more coherence to regional spatial planning. “We don’t actually have appropriate regional structures anymore, or at least any with the powers needed.  Varying local government structures and a patchwork of different metro authorities and regional collaborations, all with different powers, is a really confusing situation. We need a comprehensive rethink of regional planning to coordinate infrastructure and housing delivery.” says Howard.

Howard welcomes what he sees as “an emerging political consensus” around the need for investment in national infrastructure and housing delivery as a key part of our post-Covid economic and recovery. “Both Labour and the Conservatives recognise we need to invest in infrastructure and new homes and there is some common ground around the need to deregulate or at least improve decision making. My concern really, is that the current approach will not deliver that outcome,” says Howard.

Clearly, ministers need support and expert guidance from the industry and also from those who understand the politics of planning and infrastructure. The Covid crisis has flagged up the importance of coordination with, and greater powers for, local and regional bodies.  So perhaps now is the time to for the government to embrace devolution if it is to deliver much needed infrastructure and unblock the planning system. This is a huge agenda and it is to be hoped also that the government will heed the call for improved policy coordination if it is to succeed in reforming planning.