WHAT DOES THE UK-EU TRADE DEAL MEAN FOR CONSTRUCTION?

A historic Trade and Cooperation Agreement was reached between the European Union and the UK on 24 December 2020. Sheena Sood highlights some key parts of the agreement for the construction industry.

Undoubtedly there is change ahead for the construction sector as it comes to terms with a whole host of new rules and regulations affecting almost every aspect of the procurement and delivery of projects in the UK and across the EU. I have highlighted below some of the key parts of the new trade deal that will have an impact on the construction industry.

As members of the EU Single Market, UK businesses were able to move goods and materials between EU countries without charges, taxes, quotas or tariffs. The trade deal means no tariffs or quotas on goods exported to or imported from the EU as long as the goods meet the relevant rules of origin which set limits on the percentage of goods that can be made outside of the country of origin. However, the free movement of goods ended on 1 January 2021 and there will therefore be custom checks and controls at borders going forward.

When the UK was part of the EU, the quality of construction goods, materials and products was controlled by EU regulations, specifically the CE mark. CE marked products will still be allowed in the UK market until 1 January 2022, but the intention is to end recognition of the CE mark by then (note different rules apply to goods imported to or exported from Northern Ireland). A UK marking system will be introduced for products to be used in the UK market requiring conformity assessment by a UK-recognised approved body. It is hoped UK Conformity Assessed (UKCA) marking will align closely to the CE marking system to ensure goods pass the equivalent CE standard without the need to carry out further testing. However, without mutual recognition of standards, the industry will need to repeatedly seek certification for products for use in EU states.

The additional cost and delays involved in restrictions on product origin, double-certification and border checks will need to be factored into the pricing and programming of projects. This is also likely to have significant impact on ‘just-in-time’ procurement, which could slow down progression on construction projects and add to costs.

Freedom of movement between the UK and the EU ended on 1 January 2021. After this date anyone wishing to come to work in the UK will be subject to a points-based application system. This is designed to attract ‘skilled workers’ with skill level thresholds of RQF 3-5 (A-level or equivalent). This will include architects, engineers and quantity surveyors, and also trades such as bricklayers or carpenters, but excludes several roles such as general labourers and some plant operators.

An applicant will need to produce evidence of a job offer at the required skill level that meets a new minimum salary threshold. There are obvious implications for the construction industry, as the majority of the labour force do not attract salaries at the required threshold. Even if the criteria is met, the ongoing sponsorship costs to bring workers to the UK will likely be prohibitive for some employers.

Architects with EEA or Swiss qualifications wanting to work in the UK who have not already had their qualification recognised by the ARB will be required to make an application for recognition under the third country route to recognition which will involve taking prescribed exams. Individuals with UK qualifications seeking recognition to offer services in the EEA or Switzerland will need to check the host state national policies.

Whilst not achieved by 1 January 2021 the intention is for the UK and the EU to agree mutual recognition arrangements for the recognition of professional qualifications covering the UK and all 27 EU Member States – much like what we had in place pre-Brexit.

Whilst visas will not be required for most business travel across the EU for short stays of up to 90 days in a 180-day period, work visas will be required for those intending to work for a longer period of time. Rules will differ by state so the entry requirements should be checked prior to entry to any EU country for business reasons. 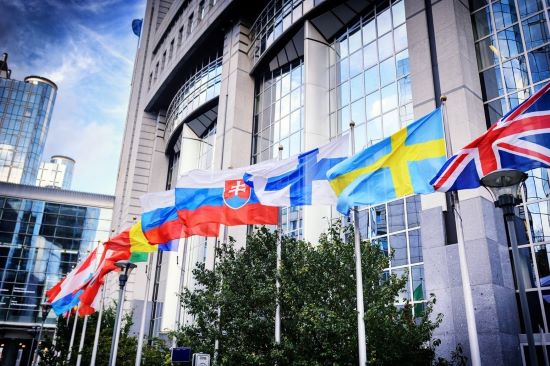 The UK will maintain a separate and independent procurement regime. After 1 January 2021 contracting authorities will no longer be obliged to publish notices in the Official Journal of the European Union (OJEU). A new UK e-notification system, ‘Find a Tender’ will be used.

The Trade Deal provides for a framework of rules for trade in public procurement based on the WTO Government Procurement Agreement (GPA). The GPA commits members to open up their public procurement markets to contractors from other member countries. As a result, UK businesses will still be able to compete for public contracts across the EU although on a more limited basis than before. UK businesses will also still be able to tender for public contracts in other GPA member countries, such as the USA, Canada, Japan and South Korea, in accordance with GPA rules.

The UK and EU have also agreed an extension of market access coverage beyond the GPA, which includes: the gas and heat distribution sector; private utilities that act as a monopoly; and a range of additional services in the hospitality, telecoms, real estate, education and other business sectors. This will provide UK businesses with additional opportunities and will equally mean more competition for UK public sector contracts.

The EU and UK have agreed a six-month transitional agreement to allow the continued free flow of personal data from the EU and EEA EFTA States. Consultants and contractors will be reassured that until 1 July 2021 transfers of personal data from the EU to the UK will be permitted and not treated as transfers of data from the EU to a third country. This bridging solution effectively extends the transition period, subject to the UK not making material changes to its existing data protection laws. In addition, the UK has, on a transitional basis, deemed EU member states to be adequate for data flows from the UK.

The EU and UK are working on making findings of adequacy in relation to each other’s data protection regimes. This should be straightforward from the UK’s perspective in relation to the EU, but the EU has said that the Trade and Cooperation Agreement does not guarantee a finding of adequacy. It remains a unilateral decision of the EU and is not subject to negotiation.

Legal advice should be obtained as regards dispute resolution clauses in new contracts with EU entities or concerning projects in the EU. Local law advice may be needed on issues such as ease of enforcing UK judgments in another country where the other party’s assets are located. This is also the case with regard to yet to be enforced judgments that contractors may have against parties in EU member states.

Those with concerns about enforcement post-1 January 2021 may wish to consider contractual arbitration clauses. Enforceability of arbitral awards under the New York Convention is unaffected by Brexit and this may therefore represent a relatively low-risk option.

Undoubtedly there is change ahead for the industry as it grapples with a whole host of new rules and regulations affecting almost every aspect of the procurement and delivery of projects in the UK and across the EU.