Some of the biggest UK contractors including the likes of Galliford Try, Balfour Beatty and Kier still take on average at least 50 days to pay invoices despite growing pressure to improve payment performance.

The latest figures have been revealed by trade body Build UK using data published under the Duty to Report on Payment Practices and Performance, which requires the UK’s largest companies and LLPs to report on their payment practices every six months.

Despite a slight improvement among its members, the average time of paying invoices falls between 43 and 45 days with no major contractor paying bills within the long-term 30-day goal. 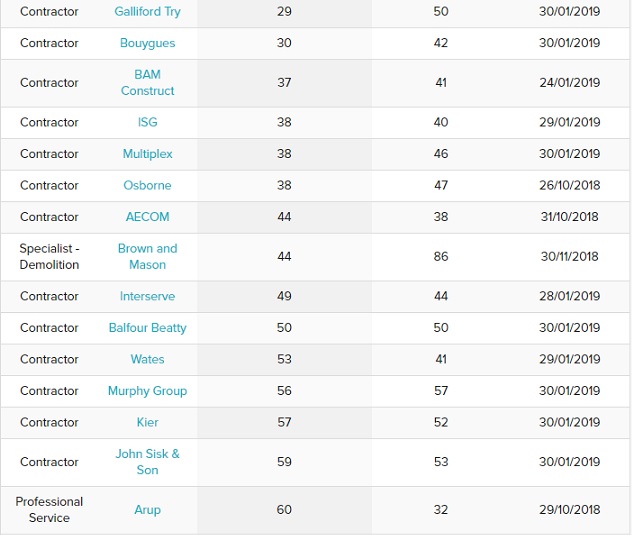 Commenting on the data, Build UK chairman Mark Castle said: “These improvements demonstrate the importance of increased transparency on the issue of payment. Build UK has held a mirror up to its members who have responded by taking significant steps to review and address performance within their organisations. There is still a lot of work to be done – for example, encouraging further transparency around disputed payments – but these results are a clear move in the right direction and show that the industry is serious about tackling this long-standing issue.”

Last July, Build UK hailed the data as the first "clear and comprehensive" picture of payment within construction which help the supply chain make informed decisions.

The minister for implementation Oliver Dowden said last summer that government was leading by example in fair payment practices and that all public sector organisations were required to pay undisputed invoices in 30 days and ensure this payment term is passed down the supply chain.