The chancellor of the exchequer has announced the appointment of three new experts to the National Infrastructure Commission. Nicholas Winser, Kate Willard and Jim Hall will strengthen infrastructure, energy and environment expertise as new commissioners at the NIC, which was established in 2017 to provide impartial, expert advice to government on major long-term economic infrastructure challenges.

Alongside the new appointments, Neale Coleman, Julia Prescot, and Andy Green have been reappointed as Commissioners for further five-year terms. The exchequer secretary to the Treasury, Helen Whately, said: “The National Infrastructure Commission plays an invaluable role providing expert and impartial advice to the government on the UK’s long-term infrastructure challenges. These appointments bring extensive expertise to advise the government as we boost the economy, level up opportunities, and transition to net zero.”

NIC chair Sir John Armitt said: “I am pleased to welcome Nick, Kate and Jim to the commission at a critical time for ensuring long-term infrastructure policy helps address some of society’s biggest challenges. Their expertise will be particularly useful as we work towards publication of the second National Infrastructure Assessment next year.

“I would also like to pay tribute to David Fisk as he steps down from the commission. David has helped us chart the steps necessary to deliver a low carbon future for energy and the interventions needed to safeguard the resilience of vital services upon which we all rely. We wish David all the best for his future work in infrastructure and beyond.” 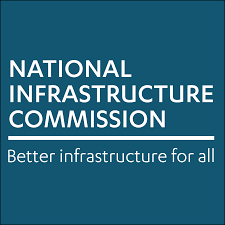 Winser, Willard and Hall have been appointed until April 2027, with the appointments taking effect from 1 May 2022. Winser will replace David Fisk as the commissioner with particular experience in the energy sector, while Hall and Willard have been appointed to further strengthen the commission’s expertise on the relationship between infrastructure and the environment and local and regional infrastructure policy.

Nicholas Winser brings extensive experience in energy systems, markets and regulation with a 30-year career in the energy sector which included CEO of National Grid across UK and Europe, president of the European Network of Transmission System Operators for Electricity and CIGRE UK chair. He has been the chairman of Energy Systems Catapult since 2015, was appointed chairman of the Advisory Board for the Energy Revolution ISCF programme in 2018 and served on the Advisory Panel for the Cost of Energy Review in 2017.

Kate Willard is chair of the Thames Estuary Growth Board and the government appointed Thames Estuary envoy. She has lived and worked in Hungary, France and Belgium, established the first UK-Hungarian cultural partnership trust and was CEO of the UK’s first rural regeneration company. She also sits on Arts Council England’s national council and chairs both Arts Council area council north and the board of Teesside International Airport.