There is much talk and bold pledges around the net zero issue, but how realistic are all the commitments being made and will fine words be turned into real and lasting action that makes a difference, Tim Chapman asks.

A whole slew of governments, authorities and companies are making strident commitments to achieve net zero in increasingly ambitious timeframes. Their enthusiasm is greatly welcomed, but just how realistic is it? We are all inured to political promises that never quite match reality and so would love these aspirations to be well thought through and deliverable, without the usual smoke, mirrors and let-out clauses hidden in the fine print.

There are five major factors to consider – three of which might be discouraging, one is mixed, and the fifth is intriguing and hasn’t yet entered most people’s consciousness.

First, the sheer magnitude of the task of achieving net zero in a world where, despite the rhetoric, emissions of CO2 have increased relentlessly and have only slightly abated due to the current pandemic. Our reliance on fossil fuels remains as firm as ever and as the developing world rises out of poverty, they are rightfully developing the same practices as us. Most countries are far from meeting their Paris commitments, and on current trajectories we are heading for a world that will suffer huge climate change for all future generations.

Second is that public opinion favours cutting emissions, but conditional on the preservation of current living standards. Society must quickly adjust to significant changes in lifestyles to reach a low carbon society as quickly as is needed. The French “gilets jaunes” protests were against the imposition of carbon taxes. In the UK, the colourful Extinction Rebellion protests remained popular until they started to impinge on people’s lives – particularly on their daily commute.  Persuading people to change their diets, propensity to travel, willingness to use public transport and to downsize into more efficient homes has yet to be tackled and politicians seem hesitant to make those difficult arguments.

Thirdly, largescale reductions in emissions will only come about by big systemic changes in society that usually take decades to make happen. Two sectors in the UK have made great strides in decarbonisation since 1990 by taking the lowest hanging fruit. Power - mainly by replacing coal-fired generation of electricity with gas; and industry - much of it by offshoring British industry to cheaper manufacturing locations. Emissions from transport and buildings have barely budged over those three decades but must do so to reach a net zero world.

Electrified rail projects can be transformational in their ability to persuade people to switch to low polluting public transport. Although spoken about for many decades previously, it will have taken 20 years for the Crossrail railway in London to be designed, get legal powers, build and commission. 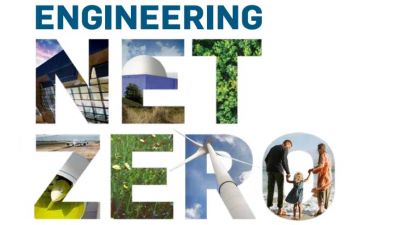 Likewise, the new Hinkley Point power station in Somerset will have taken 15 years from the granting of its license in 2012 to its projected opening date in the late 2020s – and yet alone will only produce 13% of the UK’s electricity. Also, the magnitude of the task to insulate 27 million private dwellings is largely untackled and to complete this by 2050 would require a rate of 20,000 homes being insulated per week. Transformational mega projects sadly take mega amounts of time.

The Covid-19 pandemic has been hugely interesting to climate change advocates. Encouragingly it shows that any amount of money can be found to overcome a genuine emergency. However, it also underlines the magnitude of the task ahead of us. Making much of humanity stay at home, a significant curtailing of economic output and an almost complete cessation of aviation with an 80% reduction in car use, has only resulted in a slight drop in emissions of around 5% of the annual total.

The final factor is a consequence of the word “net” in net zero. Yes, we are shooting for no net emissions, but not zero emissions of CO2 – we know that some parts of our economy can’t practically be decarbonised. Therefore, the world needs practical large-scale means to remove CO2 from the atmosphere to balance any residual emissions.

Rightly we are very worried about these global scale enterprises, and the potential to make a mistake of the same magnitude as global warming which could also lead to the extinction of humanity and the ending of most life on this planet presents a vast responsibility.

Greenhouse Gas Removal (GGR) and Solar Radiation Management (SRM) are the two principal components of “Geoengineering” that will be needed to manage our climate and thwart the worst effects of the global warming. The world needs to do a huge amount of research initially, and later execute mega engineering projects at such scale to realise these vast goals and to safely ease our climate back to one that life on earth can safely live within.

How many of the various bodies making ambitious commitments for how they will re-invent themselves as net zero are thinking about these macro-issues that can’t just be solved at the flick of a CEO’s pen as he or she signs and smiles for the cameras? Many undoubtedly can, some virtuously from real changes in their operations, but it is too often accomplished by monopolising the limited amount of green energy, or by ineffectively offsetting.

It is hard for local authorities to make these commitments within regional borders as most of the emissions within their areas result from nationally dictated policies and networks. However, they can do much if they really put their minds to it in a way that brings the public along the journey with them.

Tim Chapman is a director at Arup and a member of the Environmental Industries Commission net zero task force.