Launching the plan, transport secretary Grant Shapps said: “The transport decarbonisation plan published today (14.7.21), the first in the world, is not about stopping people doing things - it’s about doing the same things differently. We will still fly on holiday, but in more efficient aircraft, using sustainable fuel. We will still drive on improved roads, but increasingly in zero emission cars. We will still have new development, but it won’t force us into high-carbon lifestyles.”

Shapps said that transport is the largest contributor to UK greenhouse gas emissions (GHG), with road transport alone accounting for almost a quarter of total emissions in 2019. “We must deliver a step change in the breadth and scale of our ambition to reduce transport’s GHG emissions to reach net zero,” he said.

Shapps claimed that the plan was “genuinely high ambition – technically and feasibly – for all areas of transport and notes that decarbonisation will rely, in part, on future transport technology, coupled with the necessary behavioural and societal change”. He said that because of the pandemic, the UK was already seeing some of these changes in behaviour happen much faster than expected, with homeworking change traditional commuter and leisure trips, video conferencing changing business travel and a rise in cycling and walking - all of which could save thousands of tonnes of carbon on their own. 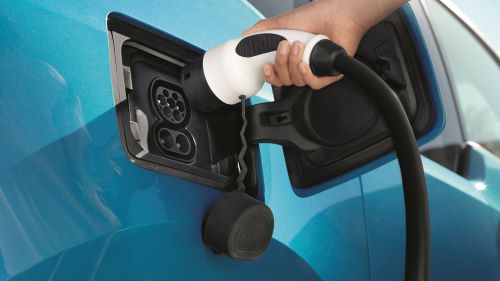 The commitments in the plan include linking local infrastructure funding to solutions that cut emissions – aligning investment to the government’s net zero programme, improving public transport, increasing support for active travel so mass transit and cycling and walking play a bigger role than ever, a net zero rail network by 2050, net zero domestic aviation emissions by 2040 and leading the transition to green shipping.

“The plan also sets out a world-leading pledge to consult on the end of sale of all new, non-zero emission road vehicles by 2040 at the latest,” said Shapps. “As a major step towards that, alongside the plan we have published a consultation on phasing out the sale of all new non-zero emission heavy goods vehicles (HGVs) by 2040, demonstrating our commitment to tackle the second largest source of domestic transport carbon emissions and furthering our ambition to decarbonise UK roads.”

Along with the transport decarbonisation plan, the government also set out options for a new regulatory framework requiring vehicle manufacturers to improve the efficiency of new road vehicles, unveiled a delivery plan to phase out all petrol and diesel vehicles by 2035 and published its response to the electric vehicle smart charging consultation. In addition, Shapps announced the launch of a ‘Jet Zero’ consultation that commits the aviation sector to a net zero emissions target by 2050 and sets out the government’s approach and principles to achieve this.

The suite of announcements, which also include plans for maritime and rail, “marks a major leap forward in delivering ambitions to decarbonise transport and we are the first country in the world to do this, taking a firm leadership position as we host COP26 later this year,” said Shapps.

Commenting on the plan, Rachel Skinner, executive director at WSP, said: “It’s fantastic to see the government’s truly ambitious plan for transport decarbonisation. It is welcome, urgently needed and one of the first of its kind in the world. It is time for serious transformation. We must both understand then address the carbon emissions already associated with our transport systems, by minimising and fully mitigating them for the decades ahead.

“We take this as a signal to redouble our efforts around healthy and more sustainable travel; more intelligent and creative planning, design and construction that delivers on environmental, social and economic outcomes, and innovation, new technologies and adaptability. Leadership in this space offers opportunity; we are far from alone in needing to make these changes. There is no other option but to decarbonise at speed; if we fail to attack our carbon emissions with sufficient vigour from now then we will find ourselves dealing with far greater risks and cost as we defend against the known and unknown consequences.”