As part of the UK-Kenya Strategic Partnership, the UK and Kenyan governments have launched the final design of Nairobi’s new Central Railway Station and public realm.

The new design, which was completed by Atkins UK and handed over to Kenya Railways and the Ministry of Transport, is part of the wider Nairobi Railway City redevelopment programme, championed by President Kenyatta and supported by the UK government.

The Nairobi Railway City and Central Station Project is a flagship project to redevelop 425 acres of central Nairobi, which is being championed personally by president Kenyatta. In January 2020, the president asked the PM for UK support to progress the project. Since then, a team of UK-funded experts have worked with various Kenyan stakeholders to develop a viable implementation plan, including advice on urban planning, climate-resilient green building principles, financial structuring, and investment mobilisation. 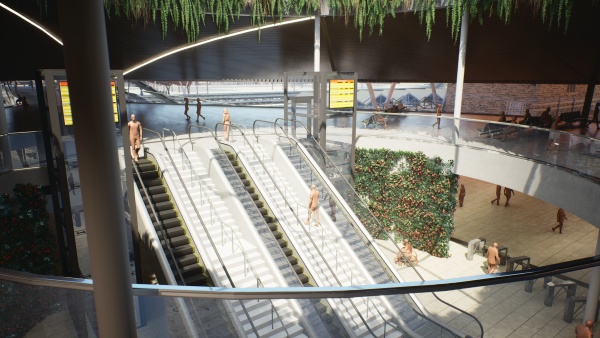 Speaking during the launch and handover event at the Nairobi Serena Hotel, The UK prime minister’s G7 sherpa Jonathan Black said: “Great cities like Nairobi will need to become more climate-resilient, but also more climate-friendly – less carbon intensive to build, to travel around, and to live in. That is why it is such a pleasure to be here today for the launch of the design for the new central station and public realm that will sit at the heart of Nairobi Railway City.” 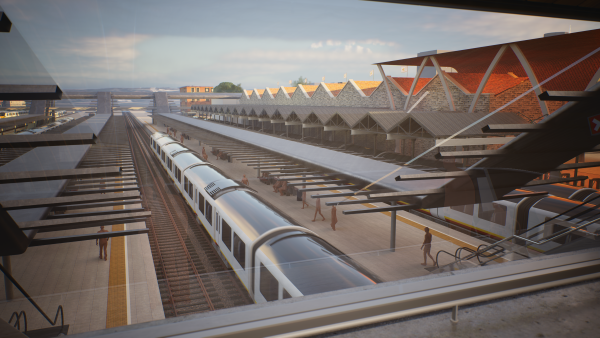 UK deputy high commissioner and development director, Julius Court said: “Nairobi Railway City is a flagship project in the UK-Kenya Strategic Partnership which was agreed by UK prime minister and president Uhuru Kenyatta during the Africa Investment Summit in 2020. Today’s event is a true sign of our growing strength and integration of the UK’s infrastructure offer to Kenya and the UK’s commitment to the Build Back Better World and Clean Green Initiative delivering investment into clean and green infrastructure.”

Design director for Atkins, Chris Crombie said: “Nairobi Railway City is a hugely important, flagship project in the heart of the city and the gateway to East Africa. The design and vision we have created, working alongside Howard Humphreys, is a real case study example of how to create transit-orientated development with climate adaptation built in. The railway city project will support the Kenyan government in its commitment to deliver jobs, as well as green and sustainable infrastructure that drives regeneration.”

At the event, the senior representatives of the UK and Kenyan governments also announced that they were in early stage discussions for the provision of support from UK Export Finance for projects in Kenya, with the new central station likely to be a first-mover.

The Nairobi Railway City is expected to be a world-class, climate-resilient project delivering transport capacity to sustain future growth and lay the foundations for a green city of the future.