A new 1.2km bridge in the Canadian city of Kingston, Ontario, is to be designed and constructed by a three-fold team made up of Peter Kiewit Sons, Hatch and Systra.

The bridge will be the first in North America to be delivered using an Integrated Project Delivery (IPD) model after the city of Kingston announced the team as the preferred proponent for the detailed design and building of the Third Crossing project.

Systra, Kiewit and Hatch were one of three shortlisted proponents to submit a proposal on the bridge project which will extend over the Cataraqui River. A total of seven international teams initially applied for the job when requests for proposals were issued in February 2018.

The purpose is to further connect communities on the east and west sides of Kingston with the IPD model said to be implemented to deliver the bridge on time and on budget. Teams develop shared goals and accept responsibilities as equal partners. 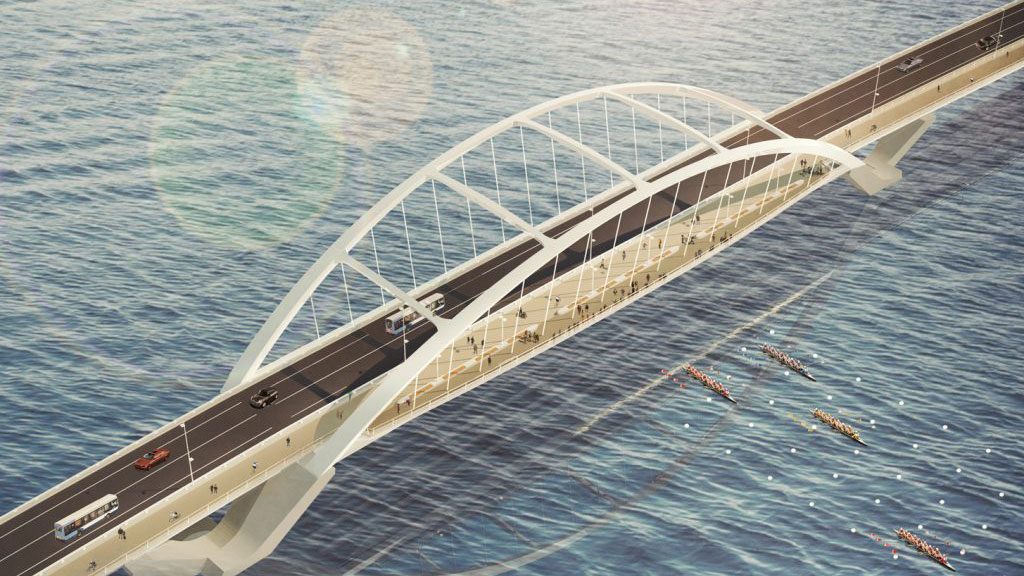 Zachary McGain, Canadian general manager for Systra, said: “This is an important community project that will make a positive impact on the lives of Kingston residents. As an international company with a strong track record in bridge design, we are proud to be part of the team delivering North America’s first IPD bridge. Together, we will blend technical innovation and aesthetic design to deliver the best value for the City of Kingston.”

Work is expected to start next month with early site preparation, which will continue through to December 2019. The project team will be conducting additional environmental and geotechnical investigations as part of this work with Parks Canada, working through design validation. Construction of the bridge is expected to begin in summer 2019.

Bryan Paterson, mayor of Kingston, said: “Today is another significant step in moving this project forward. This is the largest infrastructure project our city will undertake for years to come, employing hundreds of people over several years. I am just thrilled and excited to get construction started.”

Design bosses say the construction of a new two-lane bridge will improve emergency services response, increase active transportation through a multi-use pedestrian and bike pathway, create business connections on the east and west sides of the river, and enhance the life of residents and visitors of Kingston while meeting the highest engineering standards.

Mark Mallett, project director at Kiewit Sons, said: “We are thrilled to be working with the city of Kingston on this very important community project. We’ve been following the evolution of this project for several years wanting to ultimately be the final team standing here today. We’re excited to be working on the Third Crossing project, the first IPD bridge in North America and ready to get to work.”

Philip Murray, global director, EPC and AFP, Hatch Ltd, said: “Hatch is delighted to be involved in the largest ever infrastructure undertaking by the City of Kingston. We are looking forward to providing the very best of Hatch for this opportunity and hope to create something truly representative of this community.”