CROSSRAIL DELAY SPARKS BACKLASH AND CALLS FOR TRANSPARENCY ON FAILINGS

Services were due to begin running by December, but commuters in the capital now face the prospect of a lengthy delay with the key central section between Paddington and Abbey Wood now not due be opened until autumn 2019.

Crossrail Ltd have cited delays in fitting out the tunnel and testing software systems that control signalling, lighting and other essential services which in turn cut into the time available for safety testing.

Simon Wright, Crossrail chief executive, has said the organisation needs “further time to complete the testing of the new railway” to ensure a “safe and reliable railway” is delivered. But has attempted to reassure the public of no further delay by insisting teams “are working around the clock” to complete the project. 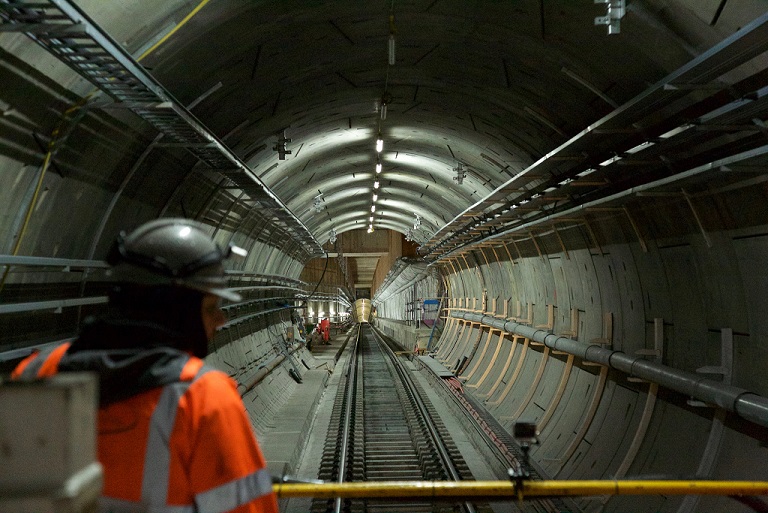 The Department for Transport has said it is “disappointed” by the delay but “accepts” Crossrail’s assessment that more time is needed to fully test the railway. A spokesperson added: “The safety of passengers and staff and reliability of services is the overriding priority and we before passenger operations can commence. We remain confident that Crossrail will deliver a great improvement to passengers’ journeys once it is fully operational.”

The mayor of London Sadiq Khan has responded to the announcement by saying while it was “obviously disappointing”, safety needed to be the top priority. “This has been a ten-year construction project and is one of the most complex engineering schemes ever undertaken,” he added. “It is essential that a safe and reliable railway operates from day one, and this has to be the top priority.”

The project is also running almost £600m over budget with extra funding required to complete the work, with rail minister Jo Johnson announcing last month that the scheme’s budget had been increased from £14.8bn to 15.4bn due to “cost pressures”.

Troubles and rumblings of possible delays have accelerated as the scheduled completion date grew closer. In February, it was revealed an “explosion” during the powering up of a new sub-station on the Crossrail network had pushed back plans by three months. It occurred during testing last November at a sub-station at Pudding Mill Lane as engineers attempted to energise the system.

But despite the problems, Crossrail bosses have remained adamant about achieving the December deadline. Even in March, a spokesperson for the organisation told Infrastructure Intelligence that the project “remains on time” and continued to “manage increasing cost and schedule pressures”.

But politicians are now calling for more answers into what went wrong and whether errors could have been prevented.

Liberal Democrat transport spokesperson Jenny Randerson has raised concerns about other impending projects and the ability to keep them on schedule. “The news of significant delays to London’s new Crossrail underground line is desperately disappointing,” she said. “Given the project is already running almost £600m over budget, serious questions must be answered. It is therefore essential that the transport secretary sets out a full and transparent explanation. With other major projects like HS2 already in trouble, lessons must be learnt urgently.”

Former Conservative transport secretary Justine Greening has responded by saying: “London MPs will be demanding answers from both Chris Grayling and Sadiq Khan. It’s got to be safe and reliable, but this is a long delay that’s come out of the blue. Londoners faced with nine months extra overcrowding will want answers I’m sure.”

While shadow transport secretary Andy McDonald said: “This delay is extremely unfortunate. The Conservatives have shown themselves incapable of delivering investment on time or in budget.”

When fully opened, Crossrail trains will run from Maidenhead and Heathrow in the west and through 118km of London tunnels to Shenfield and Abbey Wood in the east. It is predicted to bring an extra 1.5 million people to within 45 minutes of central London and more than 200 million passengers are expected to use it every year.

Responding to today's announcement that the opening of the central section of the Elizabeth line is to be delayed, Janet Cooke, chief executive of London TravelWatch said: 'This news will be disappointing to passengers who would have been looking forward to additional journey options from December but will now have to wait until next autumn. But passenger safety is of paramount importance so we understand TfL's decision and are pleased that they have not left it to the last minute to announce the delay."

London policy chair of the Federation of Small Business, Sue Terpilowski, said: "Small businesses, particularly in central London, have been preparing for a December roll out of the new infrastructure and to be told on a Friday in August that the date has now changed is simply not good enough."