"WE'VE BEEN THINKING ABOUT DIGITAL TWINS FOR A LONG TIME”

Last October, Bentley Systems launched a new campaign to help firms in the infrastructure sector to embrace digital change. Andy Walker spoke to three Bentley experts about the progress of their Going Digital initiative and what they’ve learned to date.

The recent ACE Digital Leadership Conference saw Bentley Systems chief communications officer Chris Barron, chief information officer Claire Rutkowski and application principal Glen Worrall, speak about their Going Digital campaign, specifically around the issue of digital twins. I caught up with them at the event and asked them how the initiative was progressing.

“There are some firms and organisations that embrace digital fully and are moving quickly and we are learning from them and there are also others that say: ‘I don’t even know where to start – I think this is a good thing, but can you help us?’” said Chris Barron. “Our digital assessment tool has helped us to start the conversation and the first iteration of that was fairly generic and now we’ve taken we have learned and doing more industry-specific questionnaires, refining that to come up with an assessment that is even more useful to the user based on what industry they are focused on,” he said.

I asked how they take people with them on that digital journey, recognising that some are at different levels. “It depends where they are on that journey,” said Glen Worrall. “We have an example of a European company where they approached us to say ‘let’s work together to deliver our business outcomes and then look at how we apply those technologies’. In those instances, we put a success plan together and we work with them on their outcomes.”

"You need leadership to set the overall strategy for the firm and then everybody can play their part. There has to be leadership to get everybody moving in a similar direction."
Claire Rutkowski, chief information officer, Bentley Systems

Given that the government’s infrastructure tech tsar Mark Enzer has highlighted the need for firms and suppliers to work together to avoid chaos in the digital space, how does a technology firm rise to that challenge of collaborating and sharing information in a highly competitive industry?

Worrall said it was normal for them to collaborate. “We are a major technology supplier to HS2 and their JVs but we have to work together because we would have a conflict of interest if we were to say ‘this is the best way to do it’” he explained. “So, we are working together with all the JVs and they are now coming up with good practice, rather than four or five different practices, to say this is a better way of delivering the programme and information in a more common way to help the overall project,” said Worrall.

Barron was in full agreement. “Our reality is that virtually every one of our user organisations use our competitors’ software as well as ours, so we understand the need to have interoperability, to be able to make our information sharable with others,” he said. “We exchange data libraries with Autodesk to help our users because if you don’t make users successful, then we won’t be successful. Sometimes it’s painful and a little scary when we issue open source for our iModel.js, but we also believe that if we do the right thing then at the end of the day we will come out ahead,” Barron said.

The digital twin agenda is been spoken about more and more and Bentley has been instrumental in pushing it for quite some time. In that light, I asked Barron what he thought about the issue becoming increasingly talked about in the industry and by government.

“If you look at the level of thought that’s going into the processes and standards that need to be developed, particularly here in the UK, it’s quite encouraging - we aren’t shouting in the dark any more!” said Barron. “This year at our Year in Infrastructure conference we’re going to be showing real examples of our users’ digital twins and there’s no better way to bring others along than to highlight successes and what’s been learned,” he said. 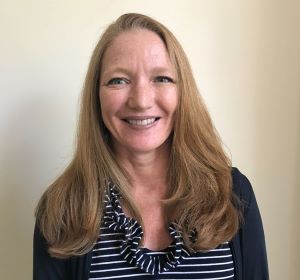 “Our Year in Infrastructure conference awards programme is about identifying projects that were successful and innovative with the leverage of new technology, whether it’s in the design and development, project delivery or asset performance. The engineering community is unique. They do like to share information and to learn from their peers’ successes, so we try to leverage that in our awards programme to shed light on those projects,”

Finally, I asked Rutkowski, why should firms partner with Bentley on their digital advancement programmes as they look to transform their businesses? What would her message be to those firms? “My answer would be that we have had a vision for a number of years and that vision is becoming a reality,” she said. “So, we’re not new to this game of talking about digital twins; we’re not new to the game of iTwin services. They should partner with us because we’ve been thinking about this for a long time,” said Rutkowski.