Judges have praised schemes that put community engagement at the centre of local decision making, as two community transport initiatives in Sevenoaks were chosen as best reflecting what local people really want from transport schemes in the UK.

This year’s finalists were:

The People’s Award, launched earlier this year, showcases transport planning initiatives that have made a significant difference to local people. The Transport Planning Society invited communities from across the UK to nominate projects that had put local engagement at the forefront in the planning and delivery of schemes.

The winners were announced at the annual Transport Planning Day, hosted by the Institution of Civil Engineers (ICE) in London, which brought together transport planners and community groups for a discussion about best practice in community engagement in transport planning and what transport planners should look to in developing local schemes. Keynote speaker for the event was Lilian Greenwood MP, chair of the transport select committee, who delivered an evening lecture.

The competitive judging process was led by Stephen Joseph, a former chief executive of the Campaign for Better Transport. The panel looked at community schemes that had made a real difference to people’s access to services, quality of life and wellbeing.

The Sevenoaks Town Partnership Vintage Bus Service was launched in 2011 as a partnership between Sevenoaks Town Council and the local community. Operating during the summer and now in its sixth year, it has helped contribute to a boon in visitor numbers to businesses in the town centre and the leading National Trust property at Knole. Such is the popularity of the service, local residents also use the bus route often, instead of travelling by car. Older people say they can now visit it the town independently rather than waiting for a relative to collect them and take them shopping. 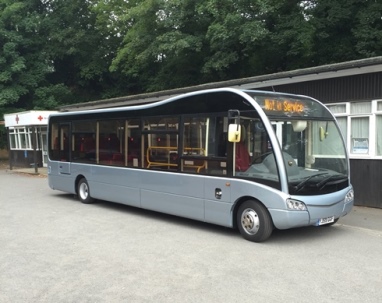 Lynda Addison, chair of the Transport Planning Society, said: “The People’s Award is a great platform for us to recognise that when good transport planning and strong community engagement combine, they deliver lasting benefit to society. Fundamentally, it is community involvement that makes good transport planning. In fact, delivering exemplary community engagement will make a good scheme great.”

Stephen Joseph, former chief executive of the Campaign for Better Transport and chair of the judges, said: “We received entries from communities across the country and reaching a decision on the final winner was very difficult. Each nomination demonstrated that schemes, such as the eventual winners in Sevenoaks, that had been developed with the community had made a positive impact both to the local economy and to residents’ quality of life. This is incredibly important at a time when we must encourage a move away from car dependency.”