Some of the brightest minds currently developing transport infrastructure of the future across the UK have spoken about how a new London Transport Museum exhibition can help inspire the next generation of engineers to follow in their footsteps.

The 'Future Engineers' gallery that has opened to the public in Convent Garden allows visitors to test their skills, solve transport conundrums faced by modern day engineers and use interactive exhibits to find out what part they could play in the future.

An essential aim of the gallery is to open peoples’ eyes to vast range of opportunities available in the world of engineering. Working with firms like Bombardier Transportation, Cubic Transportation Systems, The Engineer and Microsoft, the museum has designed five different displays.

Among the attractions is ‘The Fix That Train’ challenge which gives visitors a taste of what it’s like to mend a train and shows how technology helps with train maintenance and safety. Another exhibit is the ticketing exhibit ‘Go With The Flow’, demonstrating how ticketing has evolved from the early days of manually operated machines to today’s contactless payments.

More than anything, London Transport Museum is seeking to inspire children and the next generation of possible engineers to want to shape its future, asking if they see themselves as a dreamer, planner or fixer. 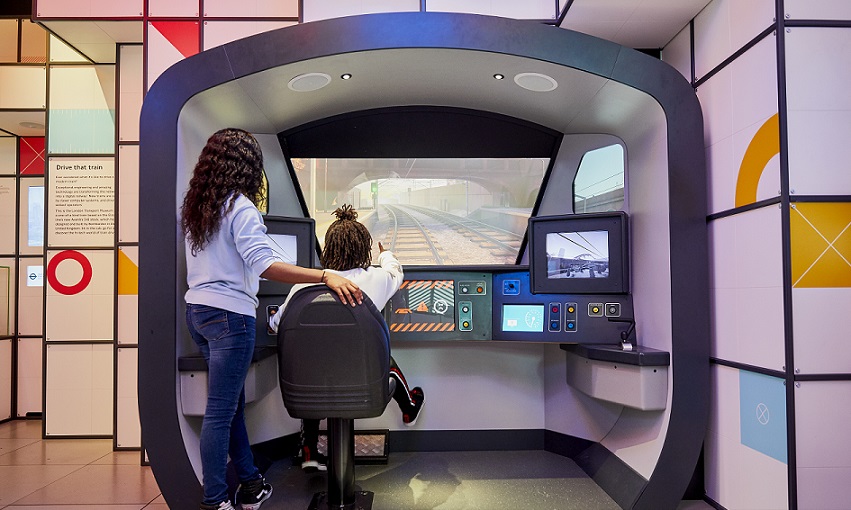 As well as getting a first look at the exhibit, primary school children in London invited on the open day got to speak to engineers from Jacobs and Bombardier who have made the successful journey that the scheme attempts to show is possible.

Bombardier signalling project engineer Sabrina Ihaddaden was one of those in attendance to talk about her experiences and to see the gallery for herself. She thinks that displays like London Transport Museum’s are vital in encouraging more to see a potential career for them in engineering.

“When you asked a 10-year-old what does a doctor or a lawyer do, they will be able to tell you but when you ask what an engineer does then most will not have a clue, it’s very vague to them. Children won’t necessarily realise that even the chair they are sitting on there is people that have been thinking about the design, why it should be this way, how to mount it and so on, engineering encompasses everything we see and do.” 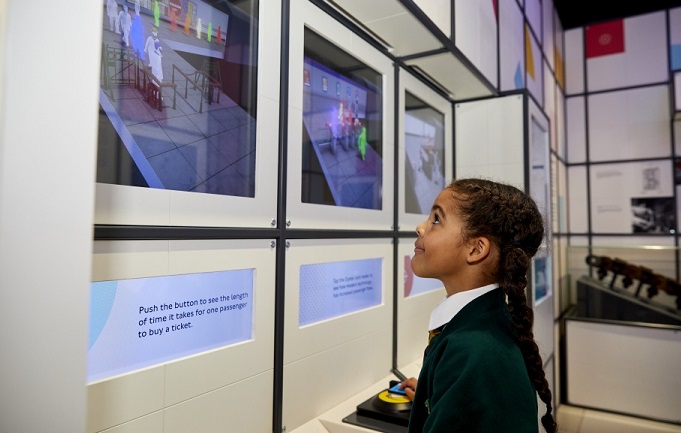 “I think we lack of a sense of visibility as to what an engineer does so this is why this exhibition is great because it takes you right in the middle of the work we do and what’s the outcome. I guess we need to expose those engineers to more high-profile visibility and show you can be fulfilled in what you do while contributing to making society. I am very proud to be able to say that the train I have been contributing to is carrying thousands of passengers every day.”

Lucy May, Jacobs graduate urban designer, was also on hand speaking to children and testing out the gallery. She said: ‘"The exhibition surpassed my expectations in how it captured people’s attention, including adults. It really shows children that engineering is more than fixing a broken vehicle and that is so important in bringing new innovative minds to the world of engineering.’’

Sam Mullins, director of London Transport Museum, believes the interactive technology is a big step in the museum’s mission to introduce the next generation, especially girls, to the vast array of rewarding careers in transport engineering.

He added: “From fixing a train in our ‘fixer’ challenge to having your palm scanned by the latest ticketing technology, our new Future Engineers gallery is great fun and challenges our visitors’ perceptions of engineering. The future London will be shaped by engineers; our new gallery asks how much of a dreamer, planner or fixer you are, creating a fresh view of the skills and mindsets needed to make a career as an engineer.”

The London Transport Museum’s Future Engineers gallery opens to the public today (19 October). Adult tickets from £16 and children get in for free.