As UK rail firms continue to try repair the damage from a summer of misery that saw widespread delays and cancellations, the picture in Russia is somewhat different with the firm responsible for maintaining and running trains along 85,500km of railway able to boast transporting more than one million passengers in just one month.

Russian Railways (RZD) is one of the country’s largest companies and is a fully state-owned organisation which manages both infrastructure and operating freight and passenger train services. Despite the huge operation undertaken within Russia, the firm has big plans for expansion across several European countries.

While visiting the UK, Infrastructure Intelligence spoke to Vadim Mikhaylov, one of the leading men within Russian Railways. He is the first deputy chief executive of an organisation which not only aspires to control the country’s rail network but to expand east-west, north-south transport corridors which could unlock opportunities for Russia to become more of a global economic player.

Domestically RZD is seeing a spike in passengers with services proving to be as popular as ever. The latest figures published show the company transported 101.5 million passengers during October - an increase of 3.2% over the same month last year. While passenger turnover in October 2018 increased by 3.6% compared to the October 2017. 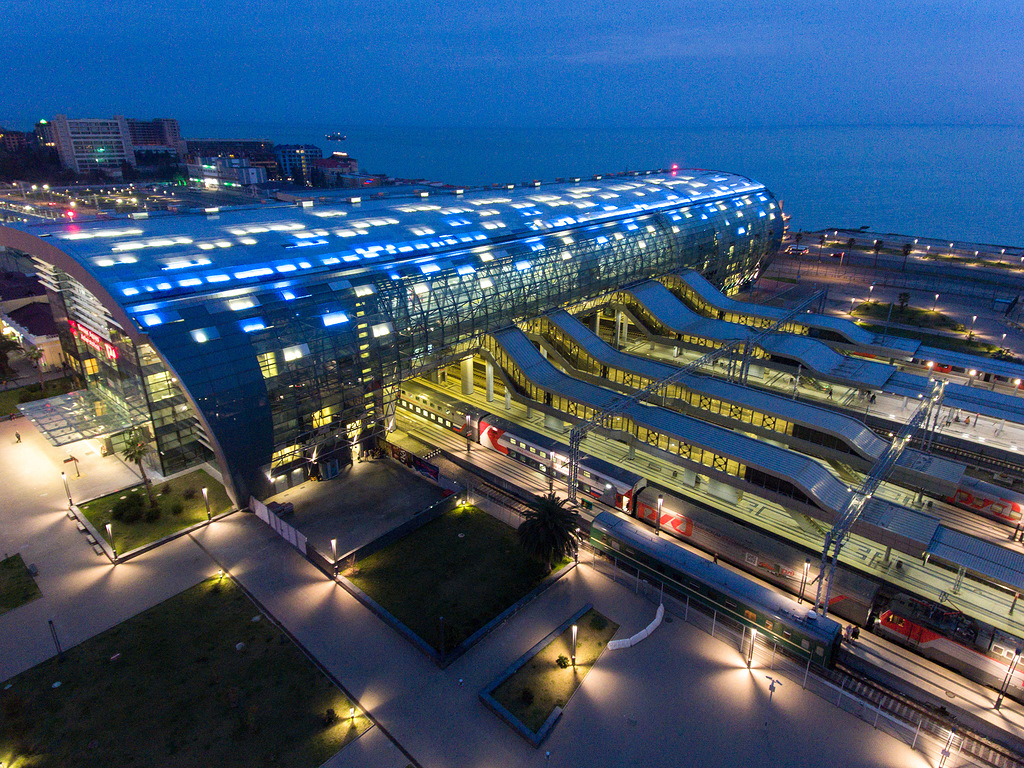 A total of 961.9 million passengers travelled on the network during January to October 2018, which was up by 3.1% compared to the same ten-month period in 2017. Long-distance passengers were up by 8.3% to 94 million, while suburban passenger numbers rose to 867.9 million, an increase of 2.5%.

The transformational changes being seen in eastern Europe are helped by what is in no doubt a long-term plan. It was back in June 2008, when the government provided a much-needed injection into rail reform with the ratification of the Strategy for Developing Rail Transport in the Russian Federation up to 2030.

A hugely ambitious modernisation plan was mapped out for the coming decades with a “maximum” vision of constructing up to 20,000km of new routes, the upgrade of 13,800km of freight lines and the purchase of 23,300 modern locomotives.

Central to the fast track development of Russia’s railways is the growth in productivity levels which the organisation can boast. As the UK strives to solve the puzzle and boost levels across the country, the RZD boss paints a simple picture behind the 6.5% increase in productivity growth for the first half of 2018, compared to the first of last year.

"Keeping happy 900,000 workers is not easy but we have a very strong trade union that we liaise with,” Mikhaylov said. “It’s a very simple message for people that work for Russian Railways, if you increase productivity then we will pay you more. It’s very clear to staff, they understand that they will go home with extra cash in hand. The development of Russia’s high-speed rail services is central to its modernisation of passenger lines so we have to make sure staff feel valued.”

On the debate of nationalisation, Mikhaylov believes competition and free market of the railways “simply would not work” in a country the size of Russia and believes it can only work in the UK when geographical boundaries don’t overlap as this can lead to disruptions in the service which UK passengers have seen for themselves all too often in 2018.

Following the end of the Soviet Union in 1991, Russia was faced with the prospect of overhauling its infrastructure and needed a plan of action within the new political landscape. The Structural Railway Reform Programme approved by the Russian Federation in 2001 led to 100% of railway assets becoming state-owned.

On the objectives of reform, the RZD executive said: “It was important we built up a well-balanced transport system in the country, met the growing demand for rail transport services and ensured the reliability, accessibility and safety of rail transport. Structural transformations in the passenger railway sector have meant we have setup 25 suburban passenger companies (SPCs) that provide passenger transport services linking city centres with outer suburbs, commuter towns and other suburban residential areas.” 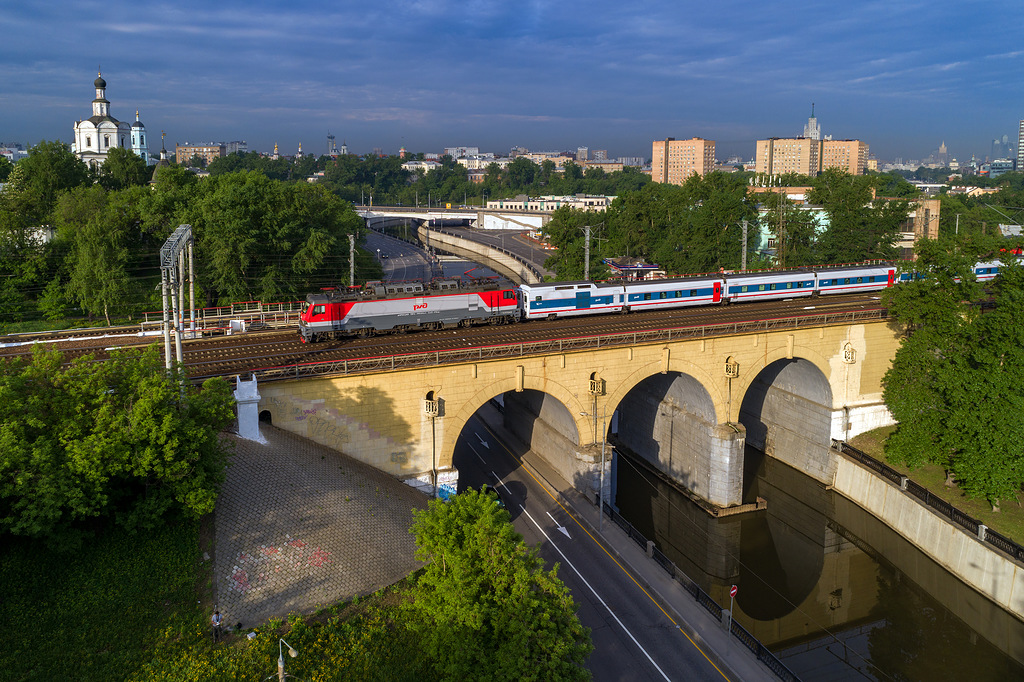 But as the Russian Railway boss made reference to yet another negative rail story on the front page of a UK national newspaper, Mikhaylov identified more reasons why under state ownership, the sector is able to flourish in Russia.

“We are able to further increase the efficiency of transit transport by eliminating bureaucratic barriers and introducing electronic technologies,” he added. “Today RZD can deliver goods from the Russian eastern border to its western border in seven days and plan to shorten the delivery time. In 2015, JSC Russian Railways updated its program for high-speed and higher-speed rail services in Russia. Twenty projects are planned, each of which is operationally profitable.”

One such example which identifies how the organisation is enjoying profitable times is the World Cup in the summer which on paper presented massive challenges for the country’s infrastructure network.

Finances boasted by the firm allowed the organisation to take the unprecedented move whereby visiting football fans were offered free rail travel. This meant 319,000 fans from across the world benefitted from free tickets on the 75 additional trains laid on for them.

RZD said the trains provided facilities for passengers with reduced mobility, air-conditioning and power sockets. More than 2,300 onboard crew members and 4,000 station staff received special training ahead of the tournament. The busiest day was 24 June when 45 special trains were operated used by 26,000 fans.

But despite the vast network that needs constant monitoring and maintenance, bosses are plotting and pushing ahead with big plans to extend into more regions. A large-scale Eurasia project is one example which would see the construction of a cargo–passenger high-speed railway transport corridor to take goods and passengers through six countries including China, Kazakhstan, Russia, Belarus, Poland and Germany.

Commenting on the project, Mikhaylov said: “Once implemented it is expected to be the largest network of high-speed and higher-speed rail, with the length of more than 50 000 km, as it unifies the transport systems Asia, Russia and the European Union. In 2017, a preliminary feasibility study of the project was prepared, confirming its great significance for all potential participants, first and foremost, for Russia.

“One of Russia’s highest transport priorities is the creation of effective, safe and reliable overland international corridors to increase the competitiveness of the country’s transport network. We plan to create a logistical network that will allow ‘through’ freight services between Europe and Asia.”

There is little doubt that rail remains Russia’s most important piece of the country’s jigsaw puzzle with over 45% of freight and more than 25% of passenger traffic shifted by trains. So, moving forward, Mikhaylov is under no illusion how big a role digitalisation plays in development.

“Collecting big data is vital,” he said. “We want to understand passenger movements better so we are using data from when people buy tickets to see what journeys they make and when they make them to inform decisions. Digitalisation also means convenience for our customers so a large number of digital services have been introduced lately. We have plans over the next four years for our whole railway system to be converted to digital technology.”