PUBLIC IN THE DARK ON ECONOMIC IMPACT OF MAJOR INFRASTRUCTURE

A new survey conducted by YouGov on behalf of GLIL Infrastructure, a £1.8bn investment fund backed by UK local government pension schemes, has revealed that the British public are in the dark about the economic impact of several recent and ongoing major infrastructure projects.

Seizing on the research, GLIL Infrastructure has called on the UK government to better inform the public of the value of national and regional infrastructure projects and their benefits to local communities, as the country begins to rebuild its economy post Covid-19.

The study surveyed 2,015 people from across Britain on their views about infrastructure investment. Participants were asked to consider a number of prominent national and regional infrastructure projects, ranging from HS2 to the Gatwick Airport Pier 6 extension, and whether they have had a positive or negative impact on the economy, or no real impact either way.

With the exception of HS2, the majority of respondents were unsure whether the infrastructure projects had had a substantially positive or negative impact, selecting ‘don’t know’ as their response.

‘Don’t know’ also came out top in the regional breakdown for the areas individual projects were based, except for with Crossrail, for which the most popular response (34%) among London participants was ‘positive impact’. 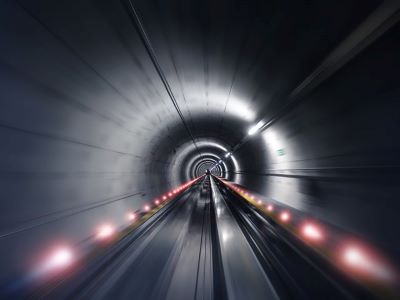 After HS2, the infrastructure projects most deemed to have had a negative impact on the economy were Crossrail (15%) and the Gatwick Airport Pier 6 extension (12%).

Celebrating its fifth anniversary this year, GLIL Infrastructure is a collaboration between aligned and like-minded public sector pension funds who are seeking investment into core infrastructure opportunities, predominately in the UK.

Commenting on the findings, Ted Frith, chief operating officer at GLIL Infrastructure, said: “While there is a clear case for infrastructure investment to help the UK get back on track and prepare for the future, more needs to be done to raise public awareness of the broad economic benefits and impact of individual projects. The value of national and regional infrastructure projects, in terms of driving employment and supporting local economies, cannot be underestimated.

“On top of that, pension scheme members must be better informed about projects that their pensions are or could be invested in and why infrastructure can be, in many ways, a good investment for pension funds. The daily televised briefings the government plans to introduce later in the year could be the perfect platform to address this lack of awareness, however the benefits of projects need to be communicated consistently across all government channels. Now is the time for the private sector and local government pension schemes to step up and help fill the infrastructure funding gap as part of the nation’s recovery.”