Greater Manchester mayor Andy Burnham is on a mission to transform bus travel across his city region. David Ottewell thinks the mayor will have his work cut out to get the funding he needs.

It was, said Greater Manchester Mayor Andy Burnham, the “green light to deliver a London-style public transport system”. A landmark legal ruling earlier this month means that the city region will become the first place outside London that can set its own bus timetables and fares.

The green light has been a long time coming, and the new powers won’t change things overnight. Burnham’s plans will be rolled out across the ten Greater Manchester boroughs over the next three years. The well-publicised flat-rate ‘hopper’ fares - of £2 for a single adult journey anywhere in Greater Manchester - won’t happen anywhere until autumn 2023.

Burnham has stressed his court victory is only the first step in building a transport system that works for the people of Greater Manchester. With good reason. Having the powers is one thing, but having the money to make full use of those powers is another.

The current public transport network in Greater Manchester is far from “London-style”. The tram system has its own, complex and arguably expensive, ticketing system. The train network is a pale shadow of the capital’s. The privatised bus network serves some key commuter corridors well but is badly lacking elsewhere. There is no cohesion between different forms of transport and no multi-mode equivalent of the London Oyster card. The entire system is planned on a ‘hub and spoke’ model aimed at getting people into and out of Manchester city centre.

Buses remain the foundation of public transport in Greater Manchester. Deregulation, in 1986, was supposed to drive up quality and choice through unfettered competition. But with private companies free to cherry-pick the best routes - with no expectation they would subsidise less profitable, but still vital, ones elsewhere - overall bus use plummeted.

According to analysis by Be The Best Communications’ people, places, policy and data unit, between 1986 and 2019, the number of bus journeys in metropolitan areas outside London fell by more than half, from more than two billion a year to fewer than a billion.

London was exempt from deregulation. London never lost control of its buses and its buses have thrived. In 1986, for every bus journey in the capital there were 3.5 in other parts of England. Since 2011/12 there have been more journeys in London than in the rest of England put together. 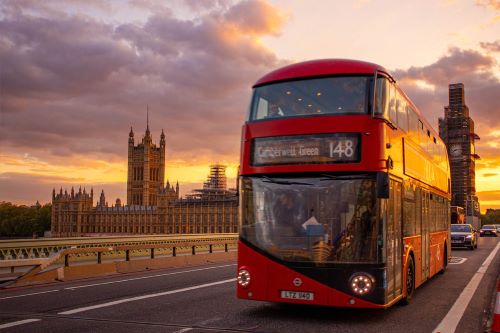 Yet bus use in London actually remained fairly flat until the capital chose its first directly elected mayor in 2000. Ken Livingstone oversaw a major injection of cash and introduced a £1 flat rate for fares. Subsidy has remained high ever since. The number of bus journeys in London rose from 1.3 billion a year in 2000/01 to 2.2 billion a year in 2008/09. By the end of 2018/19 there were 12 bus journeys in London for everyone in Greater Manchester, despite the fact the population of London is only three times greater.

It is ironic that London is far less reliant on the bus than everywhere else. Outside London, for most people, public transport means buses. At the time of the last census, nearly three times as many commuters living in Greater Manchester used the bus to get to work as used the train or tram. In London, for every person commuting by bus there were 2.5 using the tube, train, or light rail. Despite the bus being the only public transport option for large swathes of Greater Manchester, many don’t consider it a viable one - the census found six people travelling to work by car for every one person using the bus.

Still, the court case was important: money without control is little better than control without money. And not all improvements cost as much as London’s. Nottingham has retained a degree of control over its bus network by owning the arms-length company that runs most services. Routes and timetables are planned on a city-wide basis, with subsidy coming from workplace parking levy. Nottingham has largely preserved ridership levels over the last decade, while they have fallen in other cities.

Ultimately, though, Andy Burnham is aiming for “London-style” transformation, not “Nottingham-style” stability. He will need money, and lots of it. The mayor has outlined a £1.2 billion, five-year investment programme that includes £430m to improve buses. Some of the funding streams are more secure than others, and Burnham doesn’t have a tube system to cross-subsidise his buses.

There is a very long way to travel and getting there will need the government to put a lot of fuel in the tank.

David Ottewell is head of communications, data and insight at Be The Best Communications.