ONE YEAR ON, IS THE INDUSTRIAL STRATEGY STILL A PRIORITY?

It’s a year to the day since the government unveiled an ambitious industrial strategy which pledged to support firms in seizing the “big opportunities of our time” and put the UK at the forefront of a data revolution but has its preoccupation with Brexit and other affairs put the long-term vision on the backburner?

To answer this, Infrastructure Intelligence gauged the opinions of several industry leaders who have cast a close eye on the process since the launch of the industrial strategy on 27 November 2017 which marked the culmination of an 18-month process, starting when Theresa May first got the keys to Number 10 and declared it a priority as leader.

Central to the white paper was the five foundations of productivity – ideas, people, infrastructure, business environment and places. Each foundation is underpinned with measures like raising total R&D investment to 2.4% of GDP by 2027 and the rate of R&D tax credit to 12%.

Four grand challenges were published in the white paper which identified global trends that were predicted to shape a rapidly changing future and areas the UK must embrace to harness opportunities.

The four grand challenges pinpointed artificial intelligence, clean growth, an ageing society and the future of mobility. The white paper launch followed extensive engagement by government with industry, academia and business bodies who submitted almost 2,000 responses to the green paper consultation earlier in 2017.

But in the 365 days since plans were revealed what changes have we really seen? Has there been real progress and are we on the road to improving productivity performance, embracing technological change and boosting economic output?

Concerns are centred around the strategy losing traction as Brexit negotiations continue to be drawn out and dominate the political arena. Leading infrastructural firms like AECOM are just one example of a company who are keen to see greater clarity and focus on the pace of delivery for transformational programmes.

Colin Wood, chief executive of Civil Infrastructure, EMEA, at AECOM, says: “Since its launch, the industrial strategy has initiated the right conversations about the vital role of infrastructure investment in boosting the UK’s productivity. One year on, the rhetoric must turn into action. With government increasingly engaged with the ongoing Brexit negotiations, there is a danger the Strategy will lose traction.

“Attracting investment requires increased certainty around the UK’s project pipeline and greater engagement between government and industry will be an important step to drive forward the industrial strategy’s infrastructure agenda.”

"As we move into the industrial strategy's second year, there is a clear need for deeper, aligned thinking on how we as a nation plan our infrastructure."
Donald Morrison, Jacobs.

Speaking on the first year anniversary, the chairman of the National Infrastructure Commission Sir John Armitt has urged ministers to use next year’s National Infrastructure Strategy to adopt the commission’s proposals, including around supporting electric vehicle take-up, making the most of renewable energy sources and devolving powers and funding to city leaders to develop long-term plans to meet their local transport needs.

“One year ago, we welcomed that infrastructure had a place at the heart of the government’s Industrial Strategy – with particular focus on delivering low-carbon technologies, improving transport networks and using the latest digital technologies. Since then we’ve published the National Infrastructure Assessment, the recommendations from which are in line with these aims and others.

“In particular, we highlight the need to roll-out full fibre broadband across the whole country which is already being enacted, making the most of what renewables can offer, and developing the charging network needed to support ever-greater take-up of electric vehicles.  We’ve also proposed putting more funding and powers in the hands of city leaders to develop long-term transport plans for their communities.”

Engineering consultants WSP believe progress has been made on the Grand Challenge funds especially in terms of Clean Growth and New Mobility and the leadership shown by ministers on these two fronts should be welcomed.

Charles Malissard, head of Government Relations at WSP said: “WSP welcomed the Industrial Strategy when it was published and fed in to a number of key consultations. Its focus on people, place, infrastructure, ideas and business environment, galvanised us to think about how we might help to articulate better the major contribution of the built and natural environment to the main challenge the strategy was designed to address productivity. Now, we must ensure that all local authorities, and not simply combined authorities with developed budgets and mayors are given the means to develop their local strategies, to ensure no one is left behind.” 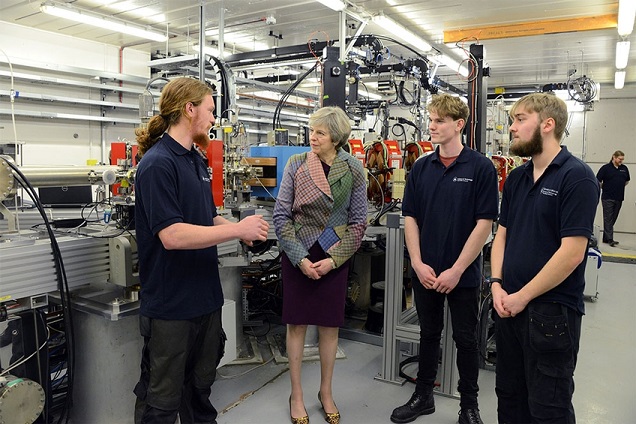 While the international engineering firm Jacobs has said it is encouraged by what has been announced in the sector deals, in particular the construction and nuclear sector deals but want to see more longer-term planning for infrastructure.

Donald Morrison, Jacobs Buildings and Infrastructure Europe senior vice president, said: “As we move into the Industrial Strategy’s second year, there is a clear need for deeper, aligned thinking on how we as a nation plan our vital infrastructure, holistically not just project by project, and find better ways to achieve inclusive growth. We look forward to building on the renewed, collaborative relationship between government and industry, working together to boost UK productivity, inspire innovation and develop a more well-rounded, skilled workforce.”

However, the year-long process has not been without bumps in the road. When first announced it was hoped an independent council would be up and running by spring to keep tabs on government progress. But it was only in October, that the body was setup with a chair to oversee it in the form of Bank of England chief economist Andy Haldane.

Business secretary Greg Clark recently lauded the expertise of council members and reaffirmed the vital they will play going forward in challenging the government. “The Industrial Strategy Council has a vital role to play in holding the government to account on our progress in delivering on the ambition set out in our Industrial Strategy,” he added. “I’m delighted that such prominent men and women from business, academia and civil society, representing all corners of the country, have agreed to offer their invaluable experience and insight.”

The council comprising of 20 leading men and women from business, academia and civil society met for the first time earlier this month, in which its chair vowed to develop a workplan that would deliver “strong evaluation metrics” and a programme of activity challenging critical policy.

Arup’s chief economist Alex Jan believes that while the objectives of the strategy are difficult to disagree with, the delay in establishing the strategy council is “reflective of governmental machinery that has been overly preoccupied with Brexit”.

“It’s still quite early to tell if the industrial strategy is a priority,” Jan said. “The signals coming out of government say it is important, the fact they have got some heavyweight people involved including the chair being the chief economist of the Bank England suggest they are serious about it. But the most single important thing ministers could achieve by this point next year with problems around productivity would be to get the best possible soft Brexit deal and provide as much certainty for businesses across the UK. But if that is impossible to achieve then I think the industrial strategy will be viewed as sticking a plaster over a gaping wound.”

In the wake of Brexit, Jan says there is a need for government to show they are being proactive about many of the themes within the strategy, while it’s crucial ministers strive to achieve the softest possible Brexit deal for the UK to see a resurgence in the economy.