Will the latest release of the National Infrastructure Assessment be a hit or a miss? Ben Lewis of Barton Willmore listens to the mood music and takes an optimistic view.

Some things are easier second time around but the dreaded ‘second album syndrome’ can always loom large. Whether the National Infrastructure Assessment Volume 2 will prove to be a major step forward or a stagnation of ideas remains to be seen – but I’m optimistic.

There is so much to build on and could there be a better moment for all of us interested in energy, decarbonisation and the path to net zero? With the additional of net zero to its line-up, the NIC has an opportunity to progress its sound on its sophomore effort. Industry has been called on to throw its ideas into the melting pot, so let’s make sure we deliver a really robust response by 4 February 2022.

What I like most about the National Infrastructure Commission (NIC) is its pragmatism and purpose. It looks at the evidence, it draws on expertise to identify risks and opportunities and it presents proposals that are costed and with clear return on investment metrics.

My view is that the first NIA was a brilliant debut for the simple fact that it existed at all, but also as it wasn’t just a collection of ideas but a coherent entity, like any good album should be (even though its contents came together from a series of evidence reports – a bit like Led Zeppellin’s Physical Graffiti, an excellent double album made up of recordings from a number of separate sessions. I think the follow-up second NIA will deliver progression and take us further. Importantly, it will land at a time when the public are right behind the need to tackle climate change.

I’m really interested in how it will treat hydrogen and carbon capture utilisation and storage (CCUS). Hydrogen, particularly the green and pink varieties, has the potential to play a substantial role in the decarbonisation mix. There is a debate over whether CCUS is the panacea that some would argue it is – it’ll be interesting to see what the NIC think.

There’s no doubt that falling costs in established sectors and the phenomenal pace of innovation in others is something that’s going to be a challenge for the NIC to keep up with but I’m expecting a clear view on the role emerging and established technologies will play in getting us to net zero. If it gets it right, the NIA can also do something incredibly valuable – it can encourage investment. We all know capital and the flow of finance matters. The first NIA helped bankers and lenders to have the confidence to write cheques. I’d like to see more of that within the next one. Confidence as a commodity is as important as carbon is as a target.

The other currency that matters is politics. This government has pledged to do a lot on climate change and we’re fresh from hosting COP26. But we all know the political conversation can change quickly from one week to the next. What I also like about the NIC and the NIA is that, together, they give some grounding to language like ‘the Green Industrial Revolution’. They take some of the hyperbole out and put a hefty dollop of evidence-based analysis in. That has to be helpful.

Where the politicians can rightly get excited of course is in the opportunity for decarbonisation to support jobs and levelling up. Where the heavy industry is, to simplify, will be hit hard if we hold to net zero by 2050 commitments (and 100% renewable electricity by 2035) and don’t create new employment through the industries and sectors that are needed to enable the transition. 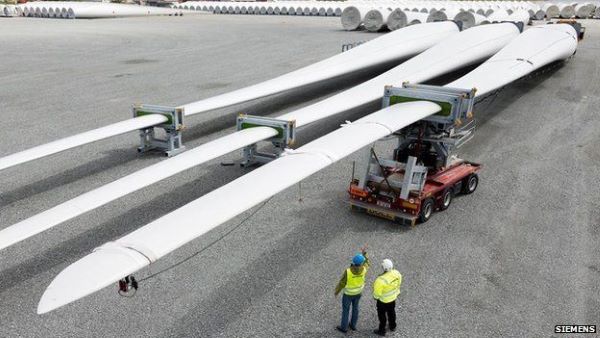 What I mean by this is take a look at places like Hull. They are going great guns now because of investment into green tech and sustainability. They are not collapsing in the way that many communities did when we stopped mining coal and effectively switched off that industry. In contrast, they are thriving because of the economic activity that comes as part of decarbonising.

If this all sounds too positive to be me, what am I worried about I hear you say? It’s the grid. Everything ultimately depends on having a power transmission and distribution grid that is fit for purpose. One of our biggest challenges is enabling the pace of change in the grid to keep up with the pace of change across generation. This is not a new point or problem but, in my opinion, it’s becoming more acute. That’s because we’re seeing such rapid progress in wind power, hydrogen and solar to name just three and it’s as though the grid is struggling to get into stride in order to keep pace. I’d like to see the second NIA offer some insight and point to some solutions.

Last but not least, while I’m positive about the increased confidence for investment, I’m also conscious of the scale of the cheque that needs to be written. I read that Cornwall Insight estimates that investment of up to £200bn will be required to bring online the wind, solar and battery power needed for a renewable-powered UK. That makes those photographs of Euro Millions lottery winners look pretty piddly doesn’t it? Wow, that’s a serious number.

But if the last 18 months has taught us anything, it’s that human beings are adaptable and even the most of entrenched behaviour and thinking can change fast when it has to tackle the biggest of objects. I think we will increasingly see governments, industry, stakeholders, investors and the public stepping up and doing what we all know needs to be done to stop climate change and warming the planet and start living a ‘one planet’ way.

Any risk of the ‘difficult second album syndrome’? I don’t think so and I’m hoping National Infrastructure Assessment Volume 2 will be more like Metallica’s progression from the raw speed and aggression on Kill ‘em All to the progressive, dynamic, ambitious second album, Ride the Lightning.

I’ll be getting mine and Barton Willmore’s submission together. Maybe I’ll put some Metallica on in the background while I do.