As the row on whether austerity really is coming to an end rumbles on, leading industry organisations have had their say on whether Philip Hammond delivered a budget which will meet long-term UK infrastructure needs.

In the last budget before the UK's scheduled exit from the EU in 2019, some of the standout announcements included increasing the Housing Infrastructure fund by £500m, awarding a total of £28.8bn for major road upgrades between 2020 and 2025, boosting the Transforming Cities Fund to £2.4bn and a further £37m to support the development of Northern Powerhouse Rail.

In relation to the Growth Arc spanning Cambridge, Milton Keynes and Oxford, plans are in place for a new ministerial champion for the area and a £20m cash injection for the central section of East-West Rail (pictured). 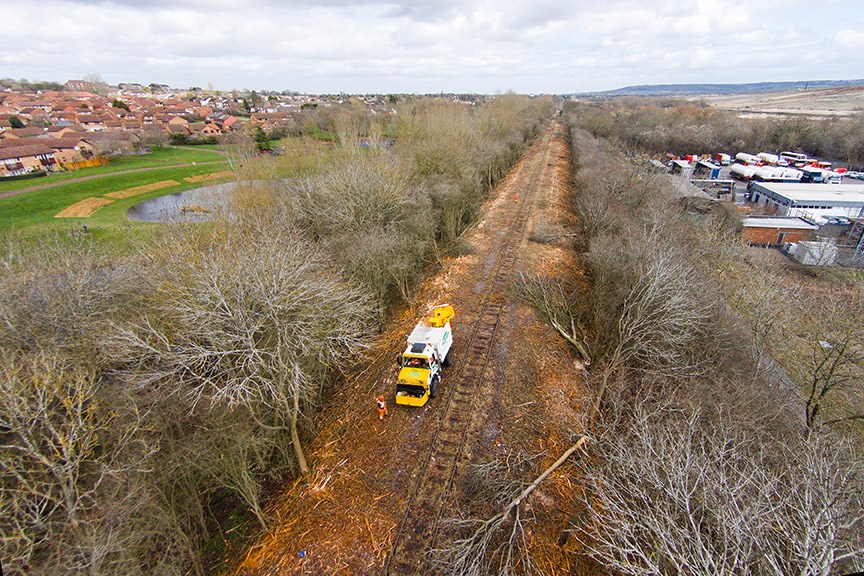 The NIC which has long campaigned for its development and the one million new homes said to be needed has suggested more could be done and only continued leadership both from central government and local leaders would achieve ambitions.

Chairman of the NIC, Sir John Armitt, said: “The Growth Arc is in desperate need of new homes and improved transport links, for the benefit not just of local residents but to the country as a whole.  These things won’t happen without continued and concerted effort from government, and today’s measures while welcome will not achieve that on their own.”

Hannah Vickers, chief executive of the Association for Consultancy and Engineering, acknowledged this year’s budget as one that was “short on new measures and announcements” with so much riding on the final negotiations with the European Union.

Vickers said: “We welcome today’s statement as it does recognise the importance of infrastructure investment to building the economy that the UK needs if it is to meet public expectations around housing, jobs and wages. The government may wish to call an end to the era of austerity but we will only be able to build a truly secure and prosperous economic future if we invest in the infrastructure and housing that the UK needs. This budget is a step in the right direction, but more needs to be done to turn aspiration into delivery. ACE’s members stand ready to do their part to make this happen."

However, John Hicks, director and head of Government & Public for AECOM, believed Hammond’s red briefcase could be “extremely fruitful” on closer inspection while still lacking detail on long-term investment in infrastructure.

“The combination of boosting the Transforming Cities Fund to £2.4bn, £500m more for the Housing Infrastructure Fund and a move to simplifying the process of changing commercial properties to residential could over time lead to progression in our towns and cities. It was also good to see Northern Powerhouse Rail and Midlands Engine back on the agenda, and the inclusion of support to the East-West rail corridor was hopefully an acknowledgement that the government is committed to the new infrastructure spine that is planned for the country.”

Arcadis UK cities director Peter Hogg noted how it was London for once who missed out during yesterday’s budget.

"It is disappointing to see limited funding for London. It feels like a missed opportunity to see nothing on Crossrail 2, the Bakerloo Line extension or the regeneration of Thames Gateway."
Arcadis UK cities director Peter Hogg.

“The chancellor was keen to share the love around the UK in today’s budget. Whilst he may have come to bury one of his predecessor’s pet policy initiatives – austerity, he went out of his way to praise the other – devolution. No part of the Union was denied Mr Hammond’s generosity, with devolution deals for Tayside, Belfast and Mid Wales. It is disappointing – if understandable – to see limited funding for London. It feels like a missed opportunity to see nothing on Crossrail 2, The Bakerloo Line extension or indeed the regeneration of Thames Gateway.”

In another announcement highlight, Hammond also pledged to not sign any new PFI/PF2 contracts but Jonathan Hart, partner from law firm Pinsent Masons, believes it may not necessarily spell the end for PFI contracts.

He said: “There is some irony here given the present liquidity in the lending market and the active pursuit by institutional investors, (including pension funds) for projects, given the relatively limited market for assets to invest in.  Additionally, there are tough risks associated with these kind of projects – demonstrated by the administration of Carillion. It remains to be seen whether today’s announcement represents a total halt to future project finance investments, or else the further evolution of models: the key thing is to make sure that changes coming from this announcement do not represent a further delay to projects already in the pipeline and the delivery of future, much needed infrastructure.”

Director of External Affairs for the CECA, Marie-Claude Hemming, added: “In his last budget before the UK leaves the European Union, the Chancellor has sensibly sought to bolster the economy by targeted investment in transport infrastructure and support for apprenticeships.

Industry and government at all levels must now work together to ensure these investments are brought forward to market expeditiously, so that the economic growth they will create can support businesses and communities in all parts of the UK.”

Finally, it was notable to see the downbeat response from Lord Jim O’Neill, the vice-chairman of the Northern Powerhouse Partnership, who said it was time for ministers to commit more to northern transport investment or to “stop talking about it”.

He added: “All northern eyes will be on the chancellor in the coming months to see if the Treasury sign off on Northern Powerhouse Rail, a scheme that will be transformational for economic growth and rebalancing the economy. Without it, the exciting potential for the Northern Powerhouse to boost the national economy’s growth trend won’t be realised.”