It was a year that saw setbacks for high-profile projects like Crossrail, the Aberdeen bypass, the Midland Metropolitan Hospital and Tottenham Hotspurs new stadium but industry bosses stress it’s never been more important to keep investing in UK infrastructure as we enter a post-Brexit Britain.

With just a week until the UK’s scheduled exit date from the European Union, the case for improving infrastructure in the country has arguably never been stronger and industry leaders say it’s vital to promote the image of UK construction. But protecting that image going forward won’t be the easiest after a year which saw projects fall behind schedule.

Originally planned to open just before last Christmas, Crossrail’s £15bn project is most definitely the one that has hit the pockets of government the hardest and attracted the most negative headlines. Now running about £2bn over budget and its completion date still unknown, its new chief executive Mark Wild who took the reins at the end of last year has admitted how he can’t see how the scheme is delivered even this calendar year.

Reasons for the major project’s delay was centered around complex signaling systems with testing problems and design issues plighting development and leading to a revised delivery schedule. But in the months since, it’s been identified that unfinished stations remain a huge issue with an “orange army” of contractors still costing Crossrail £30m a week as they carry out installation work.

The problems in 2018 were not restricted to south of the border, with last year proving to be one to forget for those connected to one of Scotland’s biggest ever infrastructure projects – the long-awaited Aberdeen bypass. 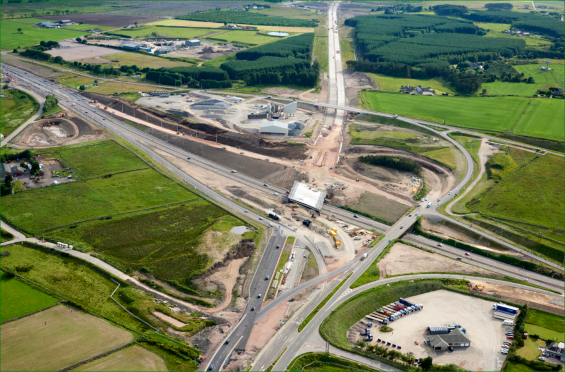 The final section of the road finally opened to motorists in February after originally meant to open in the spring. It has suffered from numerous setbacks including the collapse of Carillion in January 2018, poor weather conditions and contractual disputes.

But how detrimental was last year for the industry and what can be done to turn the fortunes around?

He said: “Government and industry must do more to highlight and communicate the benefits and outcomes of schemes, and not just the costs and likely disruptions, to help gain and maintain public acceptance and understanding of necessary infrastructure improvements. Our industry is in a unique position to share learnings, best practice and data across sectors and projects to help with engagement and to promulgate the benefits of high-profile projects.”

Wood says that procurement has a “significant role to play in facilitating innovation” and believes there may be a case to move away from our industry’s traditional procurement models.

“It’s very hard to show evidence of delivering innovation if this is the first time it’s been done,” the AECOM boss said. “We shouldn’t let rigid procurement models stifle innovation; there needs to be flexibility. The private sector can bring experience and lessons learned from other sectors and countries that will be critical to implementing change.”

"Government and industry must do more to highlight and communicate the benefits and outcomes of schemes and not just the costs and likely disruptions."
Colin Wood, AECOM.

While cost overruns and delays to completion have dominated the column inches, Turner & Townsend’s managing director for UK Infrastructure, David Whysall, has stressed the importance of recognising positive examples on current programmes like Highways England’s RIS 1 investment programme and Heathrow’s expansion’s ability to forge a whole new model for success with a focus on collaboration and early engagement of the supply chain.

Whysall believes the time is now for the UK to “hone in” on raising professional standards.  “Within major projects and programmes, strong professional disciplines need to be maintained and collaborate effectively to deliver better outcomes for our customers – from design through to engineering, construction delivery, commercial management and project controls,” he said.

Turner & Townsend’s boss says the UK has shown in past with the 2012 Olympic Games and Heathrow Terminal 5 that it can it deliver big projects successfully but to ensure the industry keeps pace with global competitors, there is an ever-increasing case to modernise and replicate the manufacturing-based mentality.

“To date, the adoption of new technologies and digital-led methods has been painfully slow,” Whysall said. “We’ve relied on the supply chain to change, but now there is a growing recognition that clients need to do more.  We need to see a new mentality at an enterprise-level that drives behaviours across multiple programmes in a coordinated way. Committing to an offsite approach – encompassing component-led design, manufacture, logistics and construction – will be critical to the process and improving performance.” 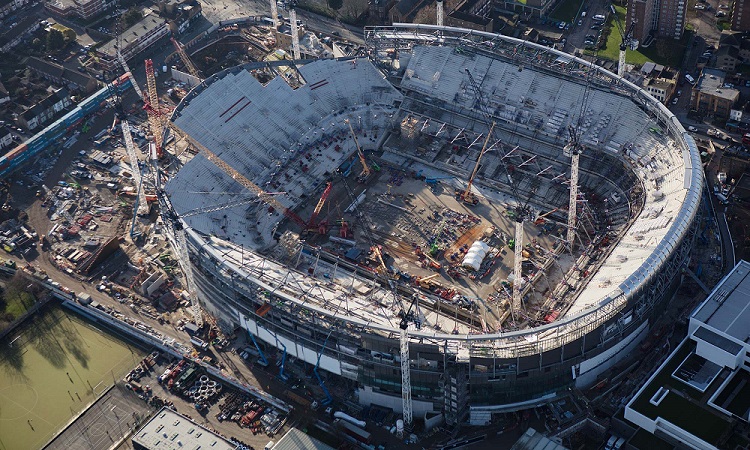 Tottenham's new stadium while it was under construction.

Another big issue which can’t be ignored in adding to the problems of UK construction last year was the demise of Carillion. The industry giant managed to rack up liabilities of nearly £7bn and just £29m in cash when it eventually liquidated in early January 2018.

A host of projects dependent on the firm fell behind as a result including major hospital ventures like the Metropolitan Midland Hospital. The Sandwell and West Birmingham NHS Trust hospital was due to be finished in October 2018 but it’s now expected to open in 2022, after the government agreed to bail out the project at an estimated cost of £315m.

Moving beyond troubled firms, there is more troubling matters for UK construction such as tackling the industry-wide skills and finding the skilled workers to undertake important jobs after we leave the European Union. Any shortfall could potentially exacerbate cost overruns and forecast completion schedules.

Donald Morrison, Buildings and Infrastructure Europe senior vice president and general manager at Jacobs, says while the issue poses a short-term growth challenge for industry generally, it also presents a longer-term opportunity to better match the skills of the workforce to the needs of the British economy.

“While industry is working with education providers and the government to provide better access to training and jobs and develop transferable skills, undoubtedly there is more work to be done,” Morrison said. “Particularly, in ensuring the curriculum is aligned to current and future expected roles within industry, that effective access routes are there for people to pursue the right sort of training and work experience at all levels and, that we collectively engage and inspire our future talent at an early age.”

Morrison said: “To achieve best outcomes, we need aligned planning and development of our vital infrastructure, where all stakeholders from water and energy to transport and the environment integrate their strategies. Understanding society’s changing preferences and behaviours is a vital part of this process before considering whether or not to build something. Data and analytics have to be at the heart of informed decision-making to deliver inclusive growth.”