How will the abolition of the Department for International Development (DFID) and new UK foreign policy direction impact the UK’s infrastructure exports? Tom Cargill considers the potential opportunities for UK companies.

In fact, at BEI we have increasingly found ourselves at the core of wider discussions around the future of UK trade, development and influence. Not only is infrastructure recognised now by HMG as central to the UK’s future growth and prosperity, it’s also seen as essential to our security and influence globally, as well as to international development objectives. A recent study by DIT established there are around 25 separate infrastructure export related initiatives underway across different parts of government. This speaks to the growing recognition of a key export sector. Yet few of these initiatives were found to be coordinated or strategically linked, demonstrating the need for a far more joined-up approach.

Catalysing and supporting a more joined-up, focussed and effective UK effort around infrastructure exports has taken a renewed urgency for BEI in recent months. The change of direction heralded by Brexit has placed a new emphasis on driving exports to the emerging markets of Asia, Africa, Middle East and Latin America where BEI has a particular focus. Climate change has also brought a renewed focus on the need to promote resilient and sustainable infrastructure globally, with UK expertise central to delivery.

The Covid-19 crisis has placed further weight on the role of government in driving export recovery and growth, but we had already been forming ever closer working relationships with counterparts in DIT, DFID, FCO and the Cabinet Office as we began to lay the groundwork for a new strategic foreign policy direction with large scale infrastructure development and government-to-government engagement playing an enhanced role. 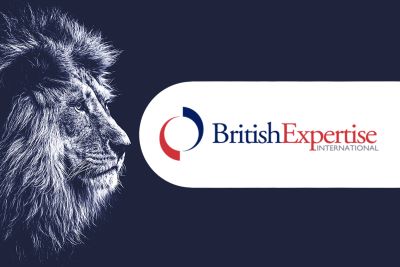 Now BEI has revitalised and initiated additional streams of activity. We have used our position on the Board of Infrastructure Exports: UK, the government/industry body established to boost UK infrastructure exports,  to reform, refocus and prioritise activity in support of infrastructure export wins. We have also established a number of working groups of members to drive forward an export agenda which better serves the UK supply chain. In addition, we are revitalising UK efforts to catalyse a sustainable financial model for delivery of large-scale infrastructure projects globally - with a defined, differentiated and communicated UK ‘offer’ on global infrastructure at its heart.

Like many others, we are finding that moving our events online has actually increased our reach and relevance and despite, or perhaps because of, the challenging circumstances our membership is growing again. It has also enabled us to undertake more comprehensive monitoring of the changing  export environment through the crisis, for example by hosting events with all relevant Her Majesty’s trade commissioners, who are responsible for coordinating trade efforts across key global regions.

Next month we will be drilling down further by hosting 14 panels combining the views of around 60 UK Heads of Mission on the market opportunities in the countries to which they are posted. All of this amounts to an important evolution of our mission. With additional online tools, materials and initiatives, BEI will be relaunching early in the autumn to reflect this new phase in our development. Core to all of this are partnerships – with our members, but also with other organisations that share a common interest in supporting the strength and vitality of the UK’s infrastructure industry. We will all need to pull together to recover and rebuild over coming months and years.

The merger of DFID and FCO into a new department – the Foreign, Commonwealth and Development Department, may signal a welcome level of coordination, particularly, as has been mooted, if the Department for International Trade is also brought into some degree of greater coordination. Outside government, we will also need to work together to inform government policy in support of the UK’s wider growth and success, with infrastructure growth, both at home and abroad, playing a central role.

Tom Cargill is the CEO of British Expertise International.