GRAYLING: NOT COMPLETING HS2 WOULD BE A BETRAYAL OF THE MIDLANDS AND THE NORTH

Chris Grayling has restated his commitment to Phase Two of HS2 and insisted that failure to deliver the high-speed rail line in its entirety would be a dereliction of government duties.

His words come on the back of numerous reports which question the viability and possibility of the northern arm extension. But the transport secretary has waved off any suggestions that there is doubts about its completion, describing these stories as “completely inaccurate”.

The Phase Two route will travel in a ‘Y’ shaped formation from Birmingham to Manchester and Leeds, connecting the likes of Crewe, Sheffield, and Toton in the East Midlands to the UK’s new high speed network.

Commenting, Grayling said: “HS2 is not just about improving train links between London and Birmingham, it’s a project that will benefit the whole country, boosting opportunity and breathing new life into towns and cities. You may have seen media stories suggesting that the second stage of the project might not happen. Those stories are completely inaccurate. Let me be very clear. High Speed 2 is vital beyond Birmingham and failure to deliver it would be a dereliction of our duties to improve the life chances of everyone in this country, an abandonment of our ambition for one of the most extraordinary engineering projects since the Victorian age.”

The firm stance showed by the transport secretary comes after an open letter organised by Midlands Connect, Midlands Engine, Northern Powerhouse Partnership and Core Cities UK called for cross-party support to deliver HS2 in full, from the west Midlands to the east Midlands, Manchester and Leeds. 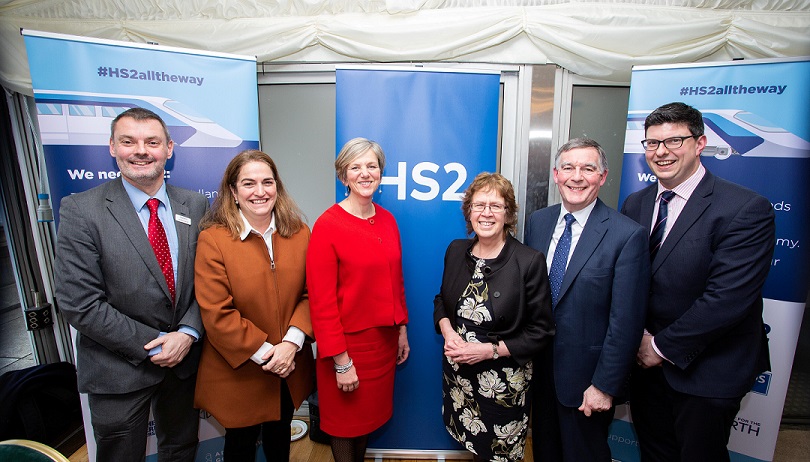 Those behind the letter urged leaders Theresa May, Jeremy Corbyn, Vince Cable and Nicola Sturgeon to offer their “unwavering support to the project”, believing the network is the only way to ensure the country benefits fully from a “once-in-a-generation opportunity” to drive regional economic growth and rebalance the economy.

Business and civic leaders from across the country along with MPs came together last week for a parliamentary reception at Westminster to intensify their support for HS2.

“Fundamentally it’s about changing the way we live and travel,” he said. “We must remember two important factors - one the scale of the prize, the chance to transform our economy as a whole, and secondly we need the full co-operation of all our stakeholders to make this programme as successful as possible. HS2 is not an end in itself, it is an enabler.”

Maria Machancoses, director of Midlands Connect, believes success will only be achieved if regions in the Midland and the north collaborate.

"In the west Midlands we’re already seeing the transformational effects of Phase One and it’s our responsibility to spread this job creation and regeneration further to the east Midlands and the north. We need the renewed support of politicians from all sides of the house to make this happen. When combined with improved intra-regional connectivity through our plans for the Midlands Rail Hub, local, regional and national connections will be completely transformed.”