The controversial entrepreneur Elon Musk has presented his vision for the future with a prototype tunnel that is designed to transport cars, at high speed, around Los Angeles in a bid to alleviate chronic traffic congestion.

In a first viewing for the public and media, Musk attempted to show how conventional tunnel-boring technology within a 1.1 mile underground track could revolutionise the way drivers get around the city in day-to-day life.

While this would only be the start of easing congestion, the premise is for electric cars to be lowered into the tunnel and travel at speeds of up to 150mph. Musk arrived to the launch in one of his own modified Tesla cars which was said to work within the underground system. 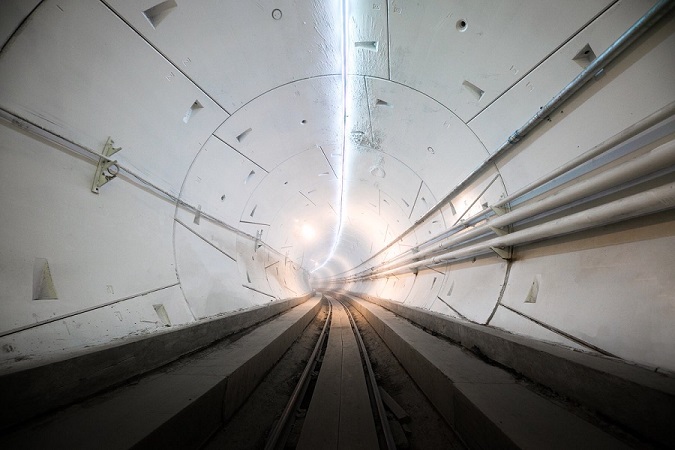 Musk’s own Boring Company is behind the tunnel segment which was on show and constructed at a cost of $10m. The entrepreneur said the traditional tunnel-building technology would have cost up to $1bn.

Speaking to an audience, Musk said: "The profound breakthrough is very simple: it's the ability to turn a normal car into a passively stable vehicle by adding the deployable tracking wheels, stabilising wheels, so that it can travel at high speed through a small tunnel. "The way the loop will work is you will have main arteries that are travelling at 150mph and when you want to go to an exit, you will have an off ramp.”

However, answers about timelines and final costs were vague and Musk talked about how a station which lowered cars could down could be a “glorified parking spot with an elevator to take the driver down into the system”.

Those behind the scheme have also conceded how plans are at a very early stage and those who tested out the technology through the tunnel for a demo only hit speeds of around 50mph and not the 150mph which is projected.