The chancellor’s first budget since the prime minister announced the end of austerity was underwhelming and hasn’t delivered on the hype, says Andy Walker.

Today’s budget was the first since prime minister Theresa May announced to the Conservative party conference last month that austerity was over. Delivering his statement to the House of Commons today, chancellor Philip Hammond was a little less decisive than his next-door neighbour in Downing Street, saying only that “the era of austerity is finally coming to an end”.

The budget contained few eye-catching announcements for the construction and infrastructure sector, but perhaps one was the chancellor’s announcement that the private finance initiative (PFI) was effectively dead. Despite restating his and the government’s commitment to using private finance where it is shown to have value, Hammond said that there was compelling evidence that PFI does not deliver value for taxpayers or genuinely transfer risk to the private sector. As a result, the chancellor said that PFI will not be used again for future projects.

Saying “the days of the public sector being a soft touch are over”, Hammond said that he had never signed a PFI contract and he ruled out ever doing so in future. A headline-grabbing announcement - and something that Labour is also pledged to do - but it mainly reflects existing reality given that there aren’t any PFI schemes in the pipeline anyway and the National Audit Office has already said that PFI wasn’t value for money.

Perhaps, what is more significant about the move away from PFI is what it might mean for public infrastructure funding and the potential for greater government investment than has previously been the case. It will also be interesting to see whether the government applies the same value for money benchmark to public utilities as it has to PFI. Will new funding and governance models arise? Watch this space. The chancellor's announcement on PFI and the lack of an announcement on progress on the Construction Sector Deal in the budget also raises questions about the role and influence of the Infrastructure Projects Authority and the lack of a joined up approach across government.

"What is more significant about the move away from PFI is what it might mean for public infrastructure funding and the potential for greater government investment than has previously been the case. Will new funding and governance models arise? Watch this space."

Also, worryingly, when he announced the effective ditching of PFI, Hammond said that he wanted to maximise transfer of risk to the private sector. Such a statement won’t be well received by the infrastructure sector as surely any future public procurement regime should be about value not risk transfer. Indeed, many industry figures have gone on record in calling for a much more balanced approach to government holding risk as an intelligent client in order to avoid more Carillion collapses.

The construction sector will welcome the increased funding announced for Highways England of £25.5bn funding for major road upgrades between 2020 and 2025 and also the chancellor’s announcement of £420m being made available immediately to help local councils tackle pot holes. Alan Pauling, UK transport market director at Ramboll, said: “As suggested in late 2017 with the announcement of the Major Roads Network, the chancellor has come good on his intent to hypothecate vehicle excise revenue. This is welcome news and a potential boost to Highways England. The challenge will be to ensure that it quickly gets onto the ground either on the strategic network or the larger, local authority-controlled network.

“The boost to roads investment is welcome and it will be interesting to see the detail over the coming days. The Major Road Network, sitting alongside Highways England’s Strategic Network and trumpeted back in 2017, has yet to see the light of day. If the much-needed benefit is to be felt, then it is crucial that investment of this money is not delayed by local authority and regional wrangling about where it is to be spent.” 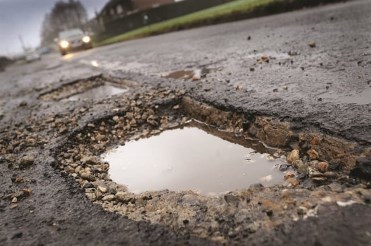 Other welcome announcements included a further £500m for the Housing Infrastructure Fund, to support the building of 650,000 homes and additional measures to revive the UK’s high streets. Louise Brooke-Smith, UK head of development and strategic planning at Arcadis, commented: “A sum of £675m to tart-up high streets is not to be sniffed at, but will it be enough to hold back the tide of inevitability and stop more stores like Debenhams facing closure? It’s the changes to planning regulations that might make more of a difference, particularly if it becomes easier to convert empty shops into residential floorspace or offices and there is direct support for more mixed-use schemes. This might just help the transformation of retail areas into community hubs, where the mix of homes, leisure and public space help to create far more ‘destination locations’”.

Today, the government also published the findings of the Letwin review into housing starts and the gap between number of planning permissions being granted and those built in areas of high demand. The review concluded that developers were not guilty of widespread land banking but recommends reforming the planning system to speed up building. However, the government is making no promises to act on Letwin’s recommendations, agreeing merely to review them.

"The Letwin review has concluded by recommending reforming the planning system to speed up house building. However, the government is making no promises to act on the review's recommendations."

Overall, the budget seems to have received a mixed response from the industry. Richard Steer, chairman of Gleeds Worldwide, property and construction consultancy, said: “This was a budget that showed a government trying to paper over the cracks caused by the uncertainties of Brexit, so we see borrowing down but also poor growth. The pre-announcement of the setting up a £28.8bn fund to upgrade and maintain the country’s motorways and other major routes to run over five years, seems ambitious and with the immigration curbs caused by Brexit one wonders, where the labour to build, is to be sourced.”

As with all budgets, the devil will be in the detail and much of that is contained in the Red Book. Of course, the shadow of Brexit still hangs over the government’s public financing plans and the chancellor has already reserved the right to come back to parliament after any Brexit deal is agreed with further announcements.

Linked to Brexit and little noticed by many in the budget was Hammond’s announcement of £200m, if needed, to replace the European Investment Bank (EIB), which provides low-cost borrowing for governments across the EU for infrastructure. It’s worth noting that last year the EIB lent £2.1bn to the UK.

Andy Walker is the editor of Infrastructure Intelligence.