There is real mutual benefit of promoting integrity in the infrastructure sector to both British business and the UK government’s international development efforts, say Petter Matthews and Gavin English.

The UK government’s integrated review is expected to report early next year. It is examining all aspects of the UK’s role in the world including spending on overseas aid. In advance of the report, the government recently announced its intention to cut the proportion of gross national income spent on aid from 0.7% to 0.5% and  introduce legislation to reinforce the decision. Amidst the inevitable uncertainty, it is widely anticipated that future aid expenditure will have a greater focus on strengthening trade and investment between the UK and the rest of the world.

CoST - the Infrastructure Transparency Initiative was launched as a UK charity in 2012. Since then we have worked with CoST members in 21 transitional and developing countries, delivered major governance reforms and saved hundreds of millions of dollars of public funds. As the UK looks outwards to strengthen trade and investment post-Brexit, transparency and accountability are particularly relevant and beneficial for UK infrastructure businesses. Here are three reasons why.

Causes of project failure include inadequate project preparation, poor procurement practices and a lack of standard operating procedures, all of which are under the control of the client. The impact on the companies include protracted disputes, escalating costs and late and non-payment.

This situation was identified by CoST in Afghanistan. Its analysis of the data disclosed by government revealed that the causes of inefficiency could usually be traced back to poor project preparation. This evidence was sufficiently compelling for the then minister of public works to establish a design review unit to check all aspects of project preparation before going to tender.

These changes reduced disputes and delays and directly benefitted the companies involved. The improvements in efficiency also saved millions of dollars of public money. 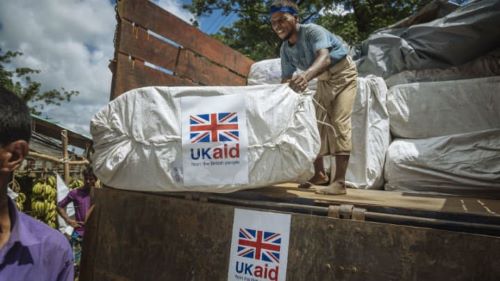 In some markets the private sector is divided into two distinct categories. The first are ‘insiders’ with strong links to government and who routinely win public contracts. The second are ‘outsiders’ who lack strong links with government and who in many instances no longer bid for public contracts. In these circumstances market competition is constrained, prices are artificially high and the barriers to new entrants are significant.

CoST Ukraine is demonstrating how this problem can be tackled. It works with government to publish data in the form of easy-to-read infographics that provide analysis of investments in the country’s 24 administrative units or ‘oblasts’. This includes details of the number of bidders and the relationship between levels of competition and bid prices. This data is now being used to challenge vested interests and increase the involvement of foreign companies in the local market.

On average, one third of public investment is lost through inefficiencies including corruption, waste and mismanagement. This means that reducing these losses could create up to a third additional productive investment without mobilising additional finance. That would result in benefits for the economy in general and for infrastructure businesses in particular.

CoST Thailand has been working to improve the efficiency of public investments. Increased transparency and accountability, according to the Ministry of Finance, have saved at least US$460m since the programme was launched. This is the result of increased scrutiny improving decision-making and driving reforms aimed at tackling the root causes of inefficiency.

Foreign and domestic firms are already benefiting from a more stable and predictable business environment, from better managed public contracts and from clients seeking to appoint service providers that help deliver improvements in efficiency.

At a time of falling aid budgets and mounting global challenges, it is more important than ever to obtain maximum impact from aid expenditure. CoST has demonstrated how this can be achieved in relation to infrastructure investment. It also produces much needed secondary benefits in the form of increased trade and investment opportunities for UK and other international businesses.

Petter Matthews is the executive director of CoST - the Infrastructure Transparency Initiative and Gavin English is the managing director of IMC Worldwide and a board member of FIDIC.