A DATA SCIENTIST ON YOUR DESKTOP

Despite launching its new business as the coronavirus pandemic struck, Arcadis Gen is already helping the wider industry adapt and recover from the impact of Covid-19, as Andy Walker discovered when speaking with its chief executive Rachel White.

A lot has happened since February 2020, when Infrastructure Intelligence last spoke with Arcadis Gen’s chief executive Rachel White. The new global digital business had a stated mission of helping to be a disrupter in the industry and being a positive force for change in the way that infrastructure was delivered.

Now, just eight months later, Arcadis Gen’s new Universal Visual Optimizer (UVO) app is already helping organisations and companies of all shapes and sizes worldwide become more agile, recover from the worst impacts of the pandemic and plan ahead with as much confidence as possible.

Describing how UVO has come into its own during the pandemic, White said: “What we found is that lots of asset intensive organisations were trying to restart their operations or reprioritise their operations - and they were struggling to do that quickly because lots of them have very big systems or long processes that take them two or three months to plan a new cycle.

“What UVO does is help them reprioritise their asset portfolio in a very quick period, something in the order of two weeks, rather than months. So it’s a prioritisation tool at its heart, but what’s perhaps different from other things that may have been on the market before is the fact that it’s a very quick-to-implement process and you’re effectively getting a data scientist on your desktop rather than having to run a big enterprise solution which might take six to eight months to run.” 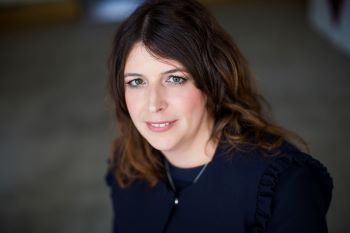 Coincidentally, the UVO was already in development earlier this year, but it has been tailored specifically to meet the challenges posed by the ongoing pandemic. “We were developing something about prioritisation at the start of the year,” said White. “But we listened to our customers and talked to them about the challenges they were facing in the current environment.

“A lot of them were really struggling to restart operations – and to think about, if they had to cut budgets, where do they do that most effectively and what the impacts might be. So, we really wanted to provide something that would help them immediately and be something that boards could effectively use to look at their portfolios on a very regular basis.”

White highlighted the positive role UVO is already playing in utilities, rail and aviation. “It can be used by any asset based organisation, but probably the most relevant at the moment would be the utility sector – particularly water and energy, because those organisations have had to adapt to great changes in demand, with more people working from home placing different pressures on the network,” she explained.

“It’s also been very interesting working closely with Dublin Airport. The biggest part of their operation is freight, so they been relatively unimpacted for part of their business but quite impacted for another part, so they really needed to look at re-prioritising their portfolio,” said White.

“Big rail organisations that have had a big drop in passenger demand - I think the optimisation products that we have really help them think about how they re-prioritise and move forward without having to go through their lengthy planning cycle to get there,” she said.

White explained how a combination of affordable pricing, speed of delivery and access to high-quality data science is also making the UVO an ideal choice for SMEs across the world. “Typical SMEs are finding this ideal. An organisation that wouldn’t necessarily be able to access an enterprise solution that could cost tens of millions to implement. This a very different price point. It’s a monthly or annual subscription fee, based on the size of the organisation, so people can get access to a broad knowledge base that they probably wouldn’t otherwise have either the time or budget for,” she said.

“The difference is our UVO gives access to a higher quality of data science without having their own specialist team in post. That is something the industry hasn’t had access to before, so that makes it unique and different,” White said.

So, a disruptor in an industry and a world that has seen a much bigger kind of disruption since February. But how has Covid-19 affected Arcadis and how well-equipped is Arcadis Gen to deal with the ongoing pandemic?

“The other thing is we’ve been able to accelerate - we’ve found ourselves going faster through this pandemic. We’ve actually made sales across every different part of the globe, and a lot of it is based on the pinpoints that customers have right now. So, they feel very relevant and very pertinent to their challenges,” she said.

Looking ahead, White has some clear advice for an industry quickly adapting to face a post-Covid future. “Now is probably a good time for those organisations who haven’t invested in a digital transformation to really get to grips with what that means for them and to get their employees trained in a more digitally savvy way,” she said.

And you can’t really argue with that.

Click here to find out more about Arcadis Gen and their Universal Visual Optimizer.